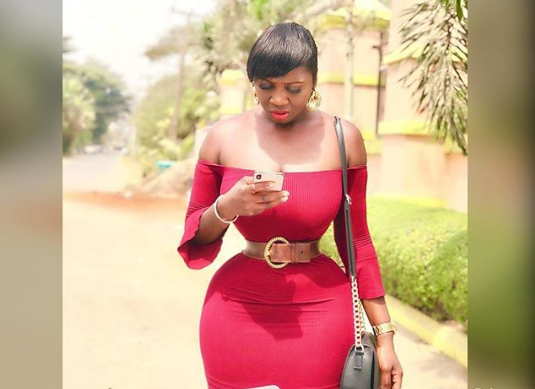 Tiny waist Gambian actress, Princess Shygle has disputed figures of her net worth, put out by Google.

According to her, the $400,000 figure ascribed to her by Google was wrong as he is worth more than that, explaining that by Summer, she would be worth more than  1 Million Dollars.

BestNewsGH.com reports the actress as saying she is rich, but prefers to be modest and doesn’t want to show off, adding that she is also the stingiest woman on planet earth.

She posited that  ”Google says I’m worth $400,000 I’m worth more though by God’s grace before this summer ends I’m definitely gonna be worth more than a million dollars because we don’t show off don’t mean we’re broke oh by the way I’m the stingiest woman you can ever meet in this life I don’t joke with my money”.