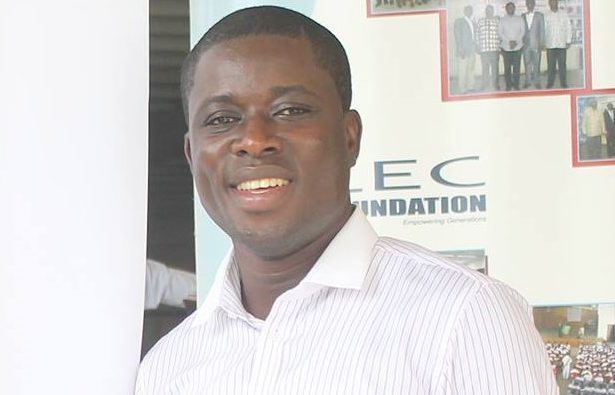 According to him,Mr. Nyantakyi gave himself away when he explained on Accra based Oman Fm that he could not meet the demand of 400 thousand dollars being requested by the Tiger Eye PI team before they will drop the number 12 expose on him.

He said ‘’ Nyantakyi also alleged that Anas and his team demanded a bribe of $400,000.00 from him  which they eventually negotiated down to about $150,000.00 to kill the story, lol.  If indeed this cock n’ bull story was to come from anyone, not the learned lawyer, it should have stayed only with the wife who first let us in on this and those who doubted it certainly outnumbered the vulnerables who believed it, coming from a woman; a sympathetic point of view. Nyantakyi should know better, if he didn’t do anything wrong, WHY then was he allegedly negotiating with Anas, as he wants us to believe, what was he negotiating then?’’.

According Mr. Kotoko, Mr. Nyantakyi’s plan and strategy of doing damage control is rather exposing and sinking him further, adding that he must revise and review that strategy.

I got the chance to listen to excerpts of former GFA boss, Kwesi Nyantakyi’s interview on Oman FM and I wasn’t surprised at all.

iii) In anycase, why does Nyantakyi think Anas himself ought to be directly involved, when he is the boss. A simple classical example; Whenever Prez @NAkufoAddo decides to rip us of millions of dollars, does he do so himself, no. He used @MBawumia to procure both @ghanapostgps and medical drones from @zipline. Again he used Ursula Owusu for KelniGVG and Shirley Ayorkor Botchway for the Oslo Chancery deal. Lastly, he used Agyarko for the AMERI deal review and so when it went wrong, he could easily discard Agyarko, period. He should therefore not expect the bosses to be directly involved or always on the field.

i.) If indeed this cock n’ bull story was to come from anyone, not the learned lawyer, it should have stayed only with the wife who first let us in on this and those who doubted it certainly outnumbered the vulnerables who believed it, coming from a woman; a sympathetic point of view

iii) If he suspects blackmail, what was the first step for him to have taken, had he reported this incidence ahead of Anas’ exposé only then will Ghanaians have taken him serious, he should rethink his damage control strategies. The world’s richest man, Jeff Bezos just suspected The Enquirer of blackmail and he has immediately made it known… As a lawyer Nyantakyi, who was able to draft two contracts (MOU) within an hour should know better, he let down his guard on this

It will be a beautiful case to be fought in a competent court of law, I pray Mr. Coefficient will proceed, in the name of clearing his name