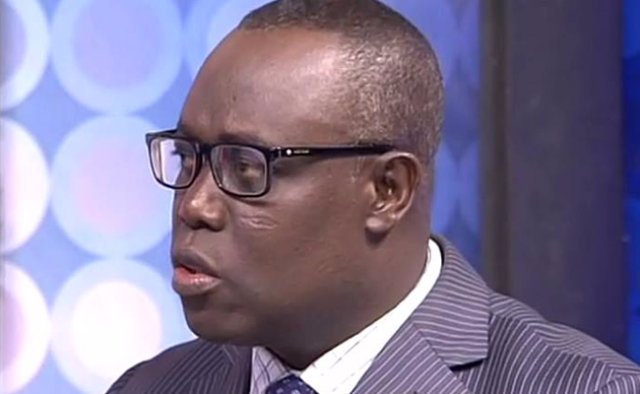 The President of the Ghana Pentecostal and Charismatic Council (GPCC) says it’s not enough for Rev Bishop Owusu Bempah to only reconcile with the national Chief Imam, Sheikh Osmanu Nuhu Sharubutu.

Rev Prof Paul Frimpong-Manso insists the Head Pastor of the Glorious Word and Power Ministry does same with all those he mentioned in his December 31 night death prophesies.

“I would think that if he has done that for the Chief Imam, then all the others whose names have been mentioned, he should do the same.

“And if he thinks that the prophecy is wrong, he should rather apologise to the people because sometimes we can be wrong as human beings,” he told Raymond Acquah on Upfront on Thursday.

Reverend Owusu Bempah was at the Fadama residence of the Chief Imam on Wednesday to thank him for his role in the restoration of peace after some angry youth stormed his church to cause destruction.

This was after his December 31, prophecy that Sheikh Osmanu Nuhu Sharubutu, the Vice President, Dr. Mahamudu Bawumia as well as former president John Mahama were going to die this year.

But the head of the umbrella body for over 200 charismatic churches said the pastor should apologise if his prophecy was not right.

“Because sometimes we can be wrong as human beings so if you prophecied as a man of God and you decide to go to the other side, you are telling Ghanaians you were wrong”.

“If he thinks what he did was wrong, he should then apologise to everybody and make the same amendment with every other person who has been mentioned he is going to die,” Rev Frimpong-Manso said.

Regarding his expectations of Rev Isaac Owusu Bempah, he said the self-styled pastor is “one out of thousands of prophets in Ghana whose prophetic mandate is not in consonance with the word of God.”

Commenting on the issue, the Chief Imam’s spokesperson, Aremiyao Shuaib said they are interested in maintaining the relationship that has been established.

“Chief Imam is not egoistic and he does not take things to heart so it is not about Owusu Bempah coming to kneel down before him and say ‘I beg’.

“What is important to the Chief Imam is the peaceful coexistence and the relationship we have succeeded in restoring,” he said.