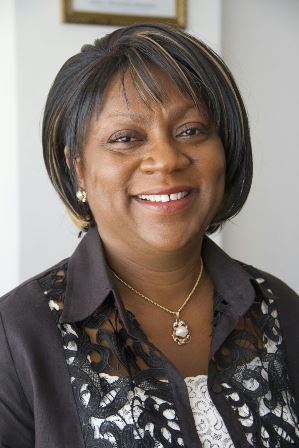 I have read a piece written by you in which you have virtually lambasted the clergy and civil society organizations for what you describe as their deafening silence in the wake of the violent skirmishes that erupted during the Ayawaso West Wuogon by-election.

Your mysterious affinity for hypocrisy can well be detected in this piece of yours.

You are unable to fathom why Ghana is burning but for some strange reasons, the clergy, especially, has kept a distance from the matter since, as you claim, they have refused to chastise the Akufo-Addo administration for what transpired in Ayawaso West Wuogon.

In your estimation, the clergy is exhibiting hypocritical tendencies since they criticised Mahama and Mills when things went awry under them but have failed to apply same standard under Akufo-Addo.

The clergy is fiddling while Rome is in flames, you appear to be saying. Ghana is buried in chaos but pro-Akufo Addo clergy is characteristically silent, according to you.

Valerie, your analysis is akpeteshie-induced. In terms of substance, what you wrote is empty. You seasoned your write-up with half-truths and outright lies.

Valerie, did you say Ghana is burning? Really? How many times has Ghana burned? You are essentially saying that Ghana burned in the past but rose from the ashes!

If indeed you consider what happened at Ayawaso West Wuogon as Ghana having burnt into ashes, then how would you describe what happened in Akwatia?

In case you have forgotten, let me jog your memory. Akwatia was in a state of bedlam. Violence was present in the Akwatia by-election but Ghana did not burn!

Valerie, while you were gleefully singing your sentimental ditty, you should have remembered to capture the state of Ghana during the Chereponi by-election. People were shot and maimed. It was under your NDC government.

Blood flew around like water springing from some aged rock when the Chereponi election was being held. Did you describe that chaotic situation as Ghana having gone under? No! You are hypocrisy personified, Valerie Sawyerr! Chereponi, I must remind you, happened under the NDC.

Of course, you would be lying if you say that time has faded your memory of the events which visited Ghanaians when the Talensi by-election was being conducted.

Talensi was a war zone. Guns sporadically flew about during that period. You are a charming but thoroughly insincere and meretricious woman!

If Ghana burnt, then it happened during the Talensi by-election! If Ghana burnt, one would think that it did so when the Chereponi election was held.

What happened in Ayawaso West Wuogon is regrettable but for you to exaggeratedly describe it as Ghana having burnt into ashes is not only absurd but grossly hypocritical.

Valerie, your loathsome pieces are hinged on your overwhelming ambition to partner John Mahama in the 2020 general elections.

We’ve heard in certain circles that you are nursing the idea of becoming Mahama’s vice presidential candidate in the next elections, and that is the driving force behind such spurious renditions of yours.

Your insatiable greed to ascend to the top may be the enzyme pushing you to write such hollow pieces, some of us would continue to expose your hypocrisy.

Ghana burnt three or four times under the decrepit leadership of Mills/Mahama, going by your pathetic logic!

It is strange that you have sought to paint a very peaceful and heaven-like picture of the Mills/Mahama governments when you know, deep in the dusty recesses of your dark heart that that period could well be described as Ghana’s era of heightened political upheavals!

Your requiem or dirge is misplaced. Kindly direct it to the period when your party was in power. May your prayer and dream of a Ghana in chaos never materialize. May your dream become a nightmare!