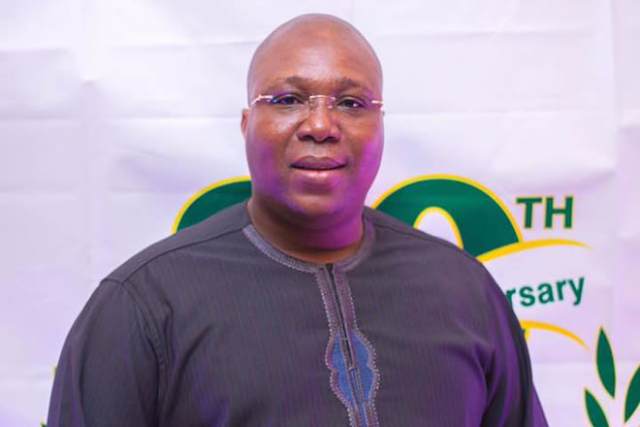 A married couple has sued Ideal Capital Partners Limited, a fund management company, over what they describe as the failure of the company to pay them their investment, totalling more than GH¢2.3 million.

Mr Derek David Mensah Asamoah and his wife, Mrs Edith Barbara Annan-Asamoah, have also petitioned the Council of State to take appropriate action against Mr Samuel-Laud Nii Kotei Dzani, a member of the Council of State, who they say is also a director and owner of Ideal Capital Partners Limited.

Ideal Capital Partners, in its defence, has, however, denied the plaintiffs’ allegation that it has failed to fulfil its legal obligations to them.

According to its statement of defence, the company said it had made some payments to the plaintiffs, “in spite of the prevailing challenges in the financial sector, culminating in panic withdrawals by customers”.

It also averred in its defence that it was making every effort to recover its debts from debtors, including the government, and, therefore, it was “preposterous for the plaintiffs to suggest that it had perpetrated fraud on them through its officers”.

Mr and Mrs Asamoah want to use the legal action, filed at the Commercial Division of the Accra High Court, to recover GH¢2.32 million, which they said was the total sum of investment due them from Ideal Capital Partners.

The plaintiffs also want general damages for breach of contract and an order for the directors of the company to be held responsible for the liabilities of Ideal Capital Partners.

Why plaintiffs are in court

In their statement of claim attached to the writ, Mr and Mrs Asamoah averred that on February 19, 2018, they opened a fixed deposit account with Ideal Capital Partners, a company licensed by the Securities and Exchange Commission (SEC), and made a deposit of GH¢2 million.

The statement of claim explained that the plaintiffs further made another deposit of GH¢500,000 on April 16, 2018, which was to mature in three months (July 16, 2018), under the same interest rate.

According to the plaintiffs, on the date of maturity of the second investment, Ideal Capital Partners paid them the accrued interest of GH¢32,410, while the principal was rolled over for another 91-day period.

It is, however, their case that they decided to discontinue the two investments and wrote letters to Ideal Capital about their intention, but the company did not refund their money.

Again, they averred that after failing to implement their request to discontinue the two investments, Ideal Capital even failed to pay the interest on the maturity dates of the investments and rather unilaterally rolled over the investments.

“The defendant has, since the request to disinvest, made epileptic disbursements of meagre amounts,” the plaintiffs said.

“The repeated failure of the defendant to meet its legal obligations to the plaintiffs has jeopardised various business dealings of the plaintiffs and caused them immeasurable anxiety, embarrassment with business partners and grave financial distress,” the statement of claim added.

Petition to Council of State

Mr and Mrs Asamoah, in their petition to the Council of State, dated July 31, 2019, wants the council to investigate the matter and impress upon Nii Kotei Dzani to pay them the money.

“It is our hope that the Council of State will investigate the matter presented before you through our petition and ensure that the appropriate steps are taken in the interest of justice,” the petition said.

A source at the Council of State confirmed receipt of the petition.