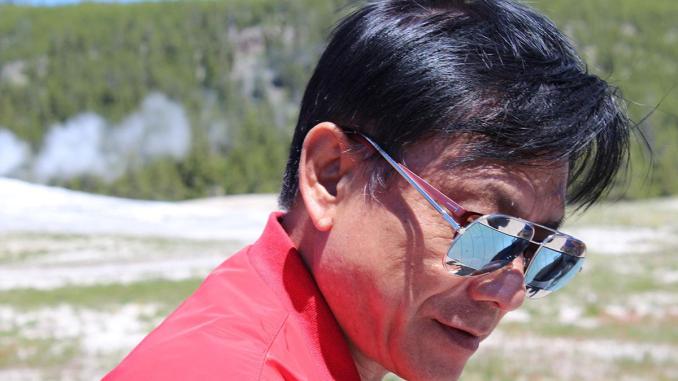 Wang Xiu Ying, a Chinese evangelist who claimed he died and resurrected said he saw many black people collecting firewood in hell.

According to him, hell and heaven were real and that evil indeed exists.

Mr. Ying who said he died at 9:01 am on Friday and resurrected 17 hours later narrated his encounter with both heaven and hell, saying his journey to heaven was interrupted by an Angel by name Luj who told him it was not time for him to die yet.

He said angel Luj decided to take him on a one hour journey to hell where he accidentally bumped into many black people collecting firewood.

According to him, angel Luj told him that the black people collecting the firewood at the gates of hell symbolize a sinful continent that is likely to face God’s wrath anytime.

It was at this juncture that the journey to hell was truncated and a bulb set to send him back to planet earth.

He said he has been sent to warn leaders who have misled God’s people and that the trip will take him to Nigeria in January 2019.

He said he is to tell leaders including prophets, priests, pastors and teachers who by their examples or doctrine lead the sheep into sinful conduct and destructive beliefs.