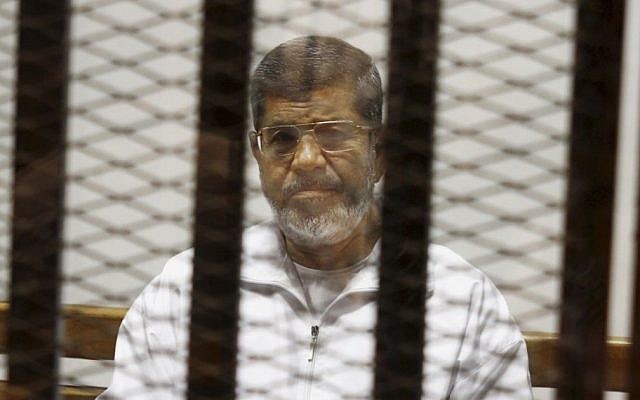 Former Egyptian President, Mohammed Morsi has narrated how he was refused the privilege of touching the Quran when he requested for it.

In a quote that has been attributed to the late former president, Mr. Morsi said he just wanted to touch and have a feel of the Holy Quran as he had already memorized it for over 40 years.

‘’They refused me to have a copy of the Quran in my cell, but what they don’t know is that I have memorised it for over 40 years. I just wanted to touch the Qur’an, nothing more‘’ he said before he died.

He added that “If the Price of the Legitimacy is my own blood then I am ready to sacrifice, cheaply, for the sake of my country and Allah Almighty. Don’t let anyone fool you! Don’t fall for the trap’’

The United Nations has called for an “independent inquiry” into the death of former president, who died aged 67 after collapsing in a Cairo court on Monday, according to state media.

Morsi, who was buried on Tuesday, was a top figure in the Muslim Brotherhood and the first democratically elected president in Egypt’s modern history.

He had been in jail since he was toppled by the military in 2013 after mass protests against his rule.

His death has been mourned by many people around the world, including in Turkey where mosques held special prayers on Tuesday, while leaders in Malaysia and Qatar offered tributes.

However, the reaction has been largely muted in many capitals.