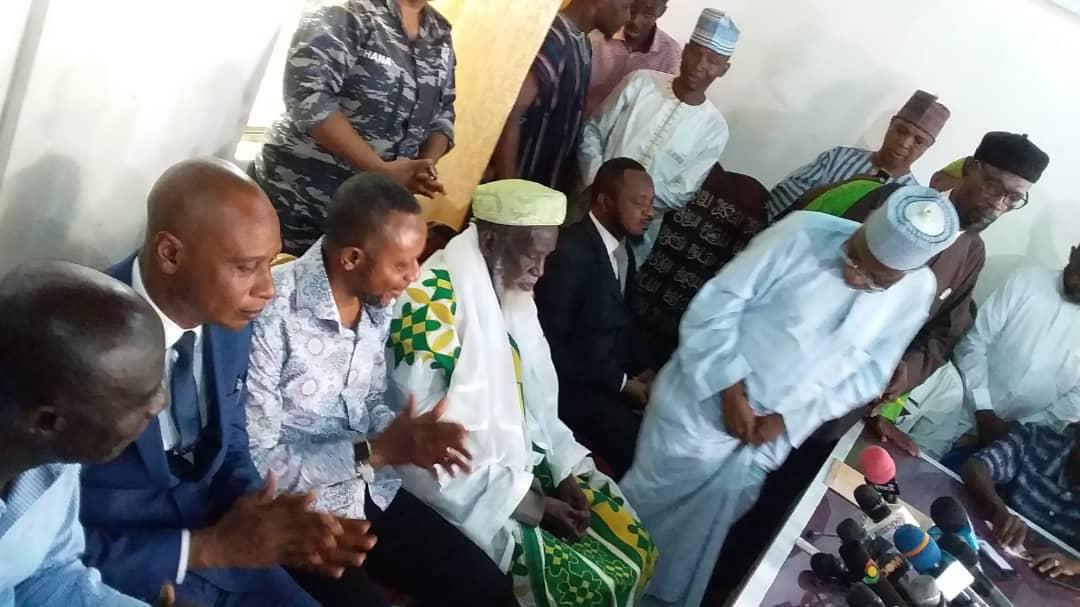 Founder of Glorious Word and Power Ministry, Rev. Isaac Owusu Bempah has said he has found a new father in the National Chief Imam, Sheik Nuhu Osumanu Sharabutu and that he will intermittently visit him.

Rev. Owusu Bempah made the statement when he joined the chief Imam in his home at Fadama in a joint press conference in efforts geared towards restoring calm following the 31 December prophesies he made about some prominent Ghanaian citizens including the chief Imam.

Rev. Owusu Bempah prophesied the death of the National Chief Imam, the Vice President, Dr. Mahamudu Bawumia and the Asantehene Otumfuo Osei Tutu II this year and this elicited the anger of some angry Muslim youth who destroyed and vandalized some properties in his church.

But speaking at the press conference, Rev. Owusu Bempah thanked the National Chief Imam for forgiving him, saying he (chief Imam) is his father and that he will henceforth maintain a father and son relationship with him.

He said the respected chief Imam has shown that what the country needs is cool heads and peace.