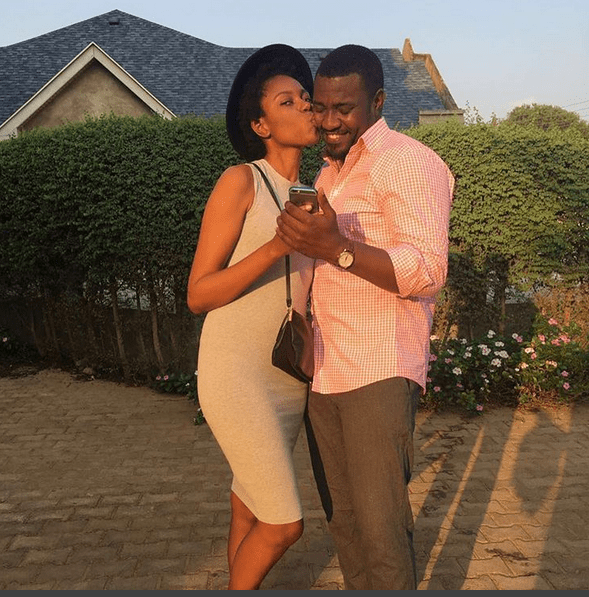 Actress and Entrepreneur, Yvonne Nelson says she refused to disclose her pregnancy to her close pal and co-actor John Dumelo during its early stages for fear that he will disclose it to the folks in his political party, the opposition National Democratic Congress (NDC).

According to her, colleague actor Majid Michel was the first person to know about it as the two had discussed matters along that line, prior to the pregnancy.

‘’Majid was actually the first person to know about my pregnancy. No other colleague knew, not even my ‘husband’ John Dumelo. I didn’t tell John because I was afraid he would tell his NDC people’’ she opined.

Shortly after delivery, rumor was rife in town that her relationship with the baby’s father had gone sour and that they have gone their separate ways.

The father of the child is said to be a white man.