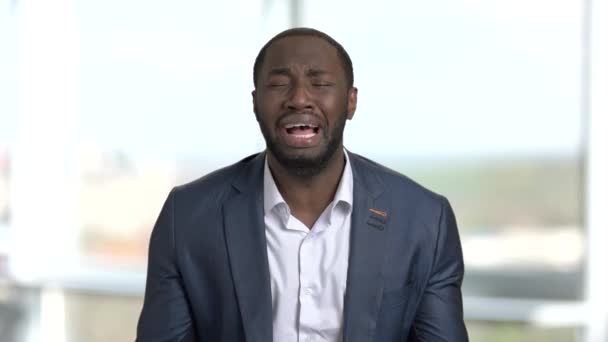 A frustrated Man who can no longer bear his wife’s insatiable appetite for sex is calling for help in he form of advice.

He complains that he is even unable to go home after work because of the situation.

The Man who has taken to social media to seek assistance recounts their Pentecostal background and how they were able abstain from sex until they got married.

Read his complaint below:

My wife & I were raised from  a strong Pentecostal background.

We met in the university and decided to get married after school. As Christians we decided never to have sex until after marriage though neither of us were virgins before we met.  (long story)

After school we prepared for 2 more years & got married.

I have a Big Challenge.

My problem Now is that MY WIFE HAS  A VERY STRONG DRIVE FOR SEX.  At our honeymoon I almost fainted…  Just after each round she will just hop back on and try to arouse me for another one.

Sometimes she gets angry when I deny her because I am trying to explain to her that the Male Organ does not work that way…  And she would not Talk to me for days.

Sometimes I am so weak that I can’t even erect but she still finds her way around it…..  Now sometimes going home from Work is a problem because MY SEX DRIVE IS NOT AS STRONG AS HERS.

She recently asked my permission to have a boyfriend aside the marriage so that the pressure on me can reduce. Am even scared

PLEASE IS SOMETHING WRONG WITH ME OR HER? AND WHAT SHOULD I DO…? Should I grant her permission?