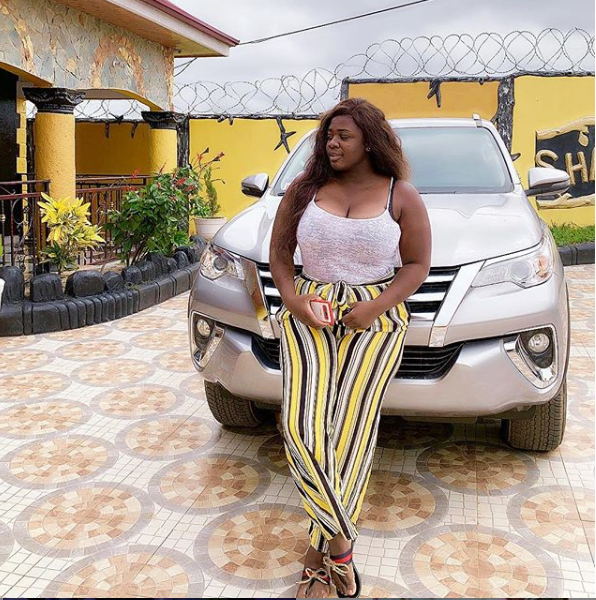 Ghanaian actress, Tracey Boakye has confessed in an interview that at her level now, she has no time for relationship stress and she is too big for one man so whenever she feels for sex, she just invites a man she is crushing on for sex and pays the person.

According to Tracey Boakye, she is at a point in her life she has made enough money not to be controlled by one man. She rather pays for se*x since she does not need any stress.

The Kumawood actress/Producer explained that the practice offers her the opportunity to control and bounce the man around since she is in control.

Tracey Boakye also added that she uses the men and discard them anyhow since they are of little importance to her and she is the one making the payment and decisions in the affair.

Recently, photos of the actress, Tracey Boakye weeping over broken heart went viral. According to her, her rich sugar daddy who was splashing her with money and cars has dumped her.

It, therefore, comes as no surprise that she is now fed up with relationships and just wants to fvck around as her va*gina demands…well her, life!!!