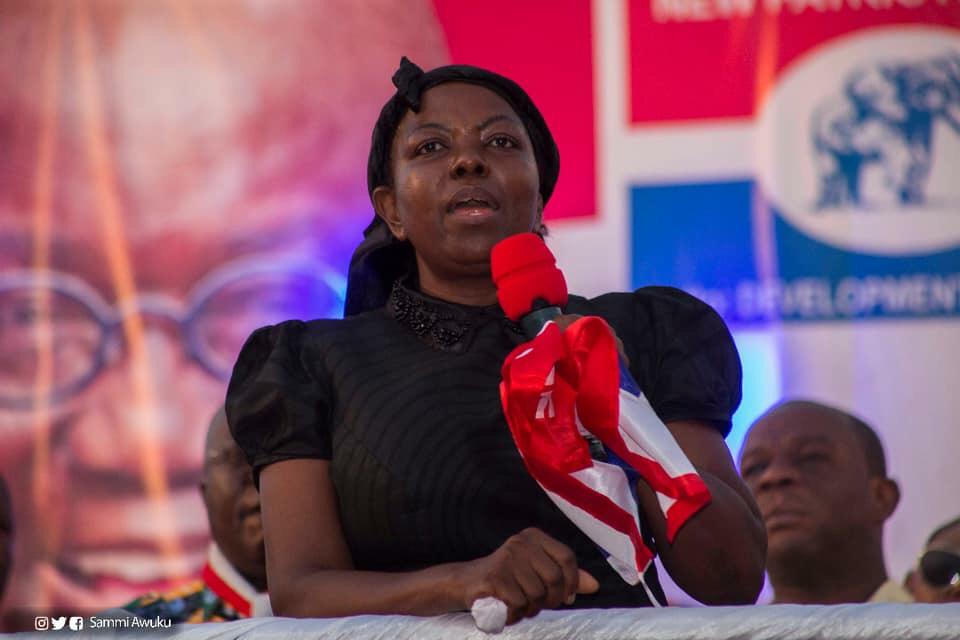 The ruling New Patriotic Party (NPP) parliamentary candidate for the Ayawaso West Wuogon Constituency, Lydia Seyram Alhassan has expressed shock at comments by the opposition National Democratic Congress (NDC) National Women’s Organiser, Hannah Bissiw to the effect that she took her little kids for a walk to attract sympathy votes.

According to her, she’s amazed that someone like Hannah Bissiw who calls herself a Doctor does not know the importance of exercising.

Speaking on Accra based Asempa Fm, Mama Lydia as the NPP candidate is popularly known said the walk was not a new thing to her children and that the children routinely exercises two times every week.

“I am really very shocked that it is coming from a Doctor. My children exercise twice every week. I am not even a Medical Doctor, but I know the importance of exercising. My kids exercise on Saturdays and Wednesdays and that’s what I do too, that is beside what the kids do in school. So that walk she’s talking about is a normal Saturday activity that we do” she said.

The NDC has accused Mama Lydia of dragging the kids who are not up to the voting age into politics after the kids were seen part-taking in a the Agyarko Memorial Health Walk, in memory of the late MP for the constituency, Emmanuel Kyeremanteng Agyarko.