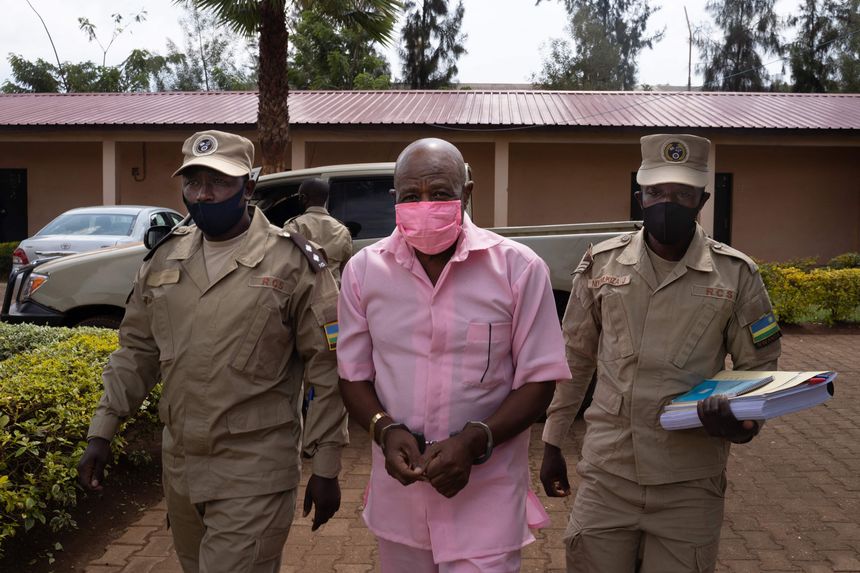 A man who was portrayed in a film as a life-saving hero during the Rwandan genocide has been sentenced to 25 years for terrorism by a court in Rwanda.

Paul Rusesabagina, 67, was found guilty of backing a rebel group behind deadly attacks in 2018 and 2019.

His family has called the trial a sham, saying he was taken to Rwanda, from exile, by force.

Rusesabagina’s journey from celebrated figure to state enemy happened as his criticism of the government grew.

Initially he was hailed for his acts during the genocide 27 years ago.

In the Oscar-nominated movie Hotel Rwanda, Rusesabagina, played by Don Cheadle, was shown as a hotel manager who managed to protect more than 1,000 people who had sought shelter.

In a period of 100 days from April 1994, 800,000 people, mostly from the Tutsi ethnic group, were slaughtered by extremists from the Hutu community.

Some survivors have gone on to question the version of events in the 2005 film.

But as Rusesabagina’s profile was raised following its release, his criticism of the post-genocide government and President Paul Kagame gained a wider audience.

He spoke about human rights abuses and alleged that the government was targeting Hutus.

Living in exile, Rusesabagina went on to lead an opposition coalition, which had an armed wing – the National Liberation Front (FLN).

In a 2018 video message, he called for regime change saying that “the time has come for us to use any means possible to bring about change in Rwanda”.

The FLN was accused of carrying out attacks in 2018 and 2019 in which the authorities said nine people were killed. Rusesabagina said he never asked anyone to target civilians but did admit to sending the group money.

Rusesabagina’s family said he was kidnapped and forcibly taken to Rwanda last year. His daughter, Carine Kanimba, told the BBC that a just trial could not follow from this illegal act.

But in court, one witness spoke about how he had tricked, rather than forced, Rusesabagina on to a plane in Dubai by telling him it was flying to neighbouring Burundi, not Rwanda.

Rusesabagina withdrew from the trial in March this year, shortly after it began, saying that he was not being given a fair hearing.

Ms Kanimba told the BBC’s Newsday programme that he did not have proper access to his lawyers and that the president was “the only judge in the court”.

Twenty others were tried alongside Rusesabagina, some of whom were members of the FLN who implicated him in their evidence.
Source: bbc