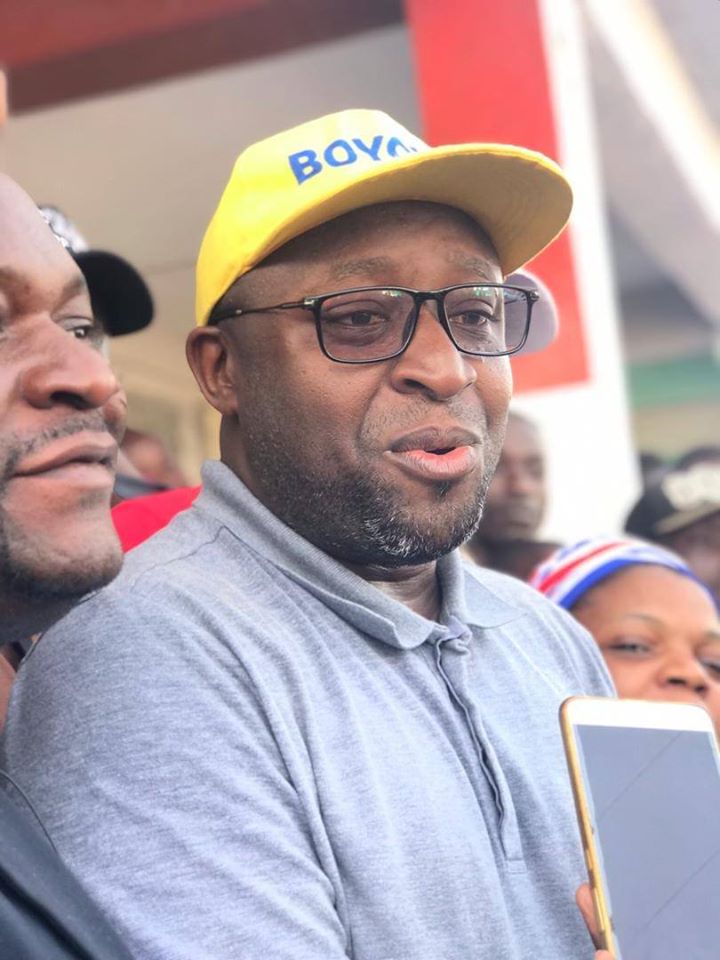 Presidential Staffer and two time Presiding Member of the West Mamprusi Municipal Assembly in the North East Region, Seth Panwum Boyoyo has committed to support the Parliamentary Candidate-Elect for the Walewale constituency Hajia Lariba Abudu to retain the set for the ruling New Patriotic Party (NPP).

Mr. Panwum who contested the slot alongside five others including the incumbent Member of Parliament congratulated the winner who also doubles as a Deputy Chief Executive Officer of the Northern Development Authority (NDA).

‘’I congratulate Hajia Lariba Abudu, our new aspiring Member of Parliament, who won the primaries for a good contest and also extend same to the others who put themselves up for the slot.’’ He said after the party’s primaries which was held on Saturday, June 20.

Mr. Panwum who is also a Board Member of the National Sports Authority continued that ‘’This experience is a setback not just for myself but for the others who believed in my message. But I want you to dust yourselves off and remember that my bid was just never about securing the office but putting our shoulders to the wheel to be of service to our Party and country to develop our people, constituency, region and the entire nation.’’

BestNewsGH.com reports him as further saying that ‘’To all who put their faith in this campaign and in me, I want you to know that I appreciate your love and we should be proud of each other. The job is not yet done. I take this opportunity to appeal to all to put your resources to help Hajia Lariba Abudu retain the seat for the New Patriotic Party and ensure a resounding victory for the President, H.E. Nana Addo Dankwa Akufo-Addo.’’