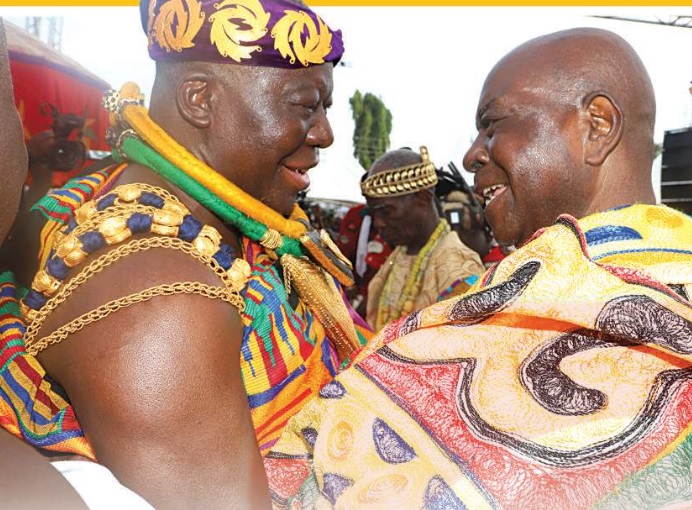 The chiefs and the people of Anlo climaxed their month-long Hogbetsotso Festival with a grand durbar that attracted traditional authorities from three kingdoms, who were accompanied by large retinues of sub-chiefs and courtiers, all amidst a beautiful display of art and culture.

Various Ewe cultural troupes from Benin, Nigeria and the Diaspora put up performances to illustrate the migration of the Anlos from Notsie in Togo to their present location, to the admiration of people at the durbar, who came from many parts of the country.

It was on the theme: “60 years of Anlo Hogbetsotso Za – Sustaining our unique cultural commonwealth for future generations.

Some of the cultural troupes re-lived the migration from Notsie, while others displayed the military gallantry of the Anlos, holding the gathering frozen in awe with their belligerent footsteps and vigilant guard precisions during the journey.

Young women and girls, dressed in Kente and exotic clothes, also excited the chiefs and the people at the durbar with a slow procession to the ground, after which they sat on stools, mats and grass at various spots.

The arrival of the Awoamefia, Togbi Sri III, at the ground in a dazzling and flamboyant Kente cloth generated uncontrollable euphoria among the crowd, giving security personnel a hectic time to ward off spectators who surged towards the dais to take photographs of him.

The Anlo State anthem was later sung on an emotional note to set the tone for the grand durbar.

Dr Bawumia, who was the guest of honour, paid glowing tribute to the people of Anlo for preserving their rich culture over the years and bequeathing a legacy of honesty, hardwork and discipline to the future generation.

He noted that the Anlos had come far with their unique culture, adding that the prevailing peace in the area was an asset for rapid development, especially in the tourism sector.

The Vice-President touched on the current economic challenges facing the country and conceded that the situation had brought hardships to the citizenry, seen in very high cost of living.

However, he said, the hardships were a global phenomenon and not peculiar to the country.

Dr Bawumia gave an assurance that the government was working around the clock, and with utmost seriousness, to address the crisis and entreated Ghanaians to remain united in the hope for a change for the better soon.

In his welcome address, Togbi Sri said the Anlos had produced highly educated men and women of substance for the nation, with many of them living and working indifferent parts of the country and the world.

However, he said, the hardships were a global phenomenon and not peculiar to the country.

Dr Bawumia gave an assurance that the government was working around the clock, and with utmost seriousness, to address the crisis and entreated Ghanaians to remain united in the hope for a change for the better soon .

He urged them to turn towards the Anlo area and with zeal commit resources towards development.

“Demonstrate your spirit of patriotism to Anlo by giving back to the Anlo State a bit of what it has given you,” Togbi Sri added.

The Ga Mantse, King Tackie Teiko Tsuru, who presided, in his closing remarks, said the ancestors of the Ga people and the Anlos stood for justice and resisted oppression, saying those values were embedded in their culture.

“It is, therefore, important for the people to maintain their rich culture and set good examples for children to emulate. It also means we must eschew every divisive tendency and remain as one people always,” the Ga Mantse said.

He pointed out that over coming the economic challenges in the country required unity among the citizenry.

Earlier, the Asantehene, Otumfuo Osei Tutu II, had made a historical entry to the durbar ground in Anloga in a palanquin.

The occupant of the Golden Stool arrived at the durbar ground about 1:30 a.m., with an entourage of about 500, amid the firing of muskets and a panorama of captivating traditional colours, rich culture and sparkling display of royalty, which left the gathering in a frozen state of amazement.

This comes after more than one and a half centuries when the then Asantehene, Otumfuo Kofi Karikari, visited the area to sign a pact of alliance and mutual collaboration between the Anlos and the Asantes.

As the distinguished Otumfuo raised his hands to greet the mesmerised crowd, revealing the massive collection of precious jewels around his arm, the ecstasy assumed superlative proportions, with thunderous cheers.

In his goodwill message, the Asantehene said the forefathers of Asantes and Anlos had a common and positive purpose for the building of a strong alliance which enabled them to collaborate on issues affecting them.

Otumfuo Osei Tutu pledged that the strong bond of fidelity and cordiality between the Asantes and the Ewes would grow from strength to strength to benefit generations yet unborn.

He made it clear that no parochialethnic or political consideration ordeliberate distortion of history byevil-minded people could set Asantesand Anlos apart.

“Let us maintain a healthier climate for social discourse and political interaction, remain united and live in peace to the glory of Ghana,” the Asantehene said.

The Kwahumanhene, Daasebre Akuamoah Agyapong II, was represented by Nana Opoku Mintah, the Chief of Kwahu Tafo, who also processed to the ground with splendour, amid the firing of muskets.

He said Anlos and Kwahus were industrious people and that was a uniting factor between them and a good cause for national integration.

The Hogbetsotso Za commemorates the exodus of the Anlos from Notsie in Togo in the middle of the 17th century to their present location, after fleeing the tyranny of King Agorkorli I in that kingdom.

The large gathering at the durbar included Ewes from Benin, Nigeria and the Diaspora and people from Europe and the United States.

Among those who paid homage to Togbi Sri on the eve of the durbar when he sat in state was former President John Dramani Mahama. 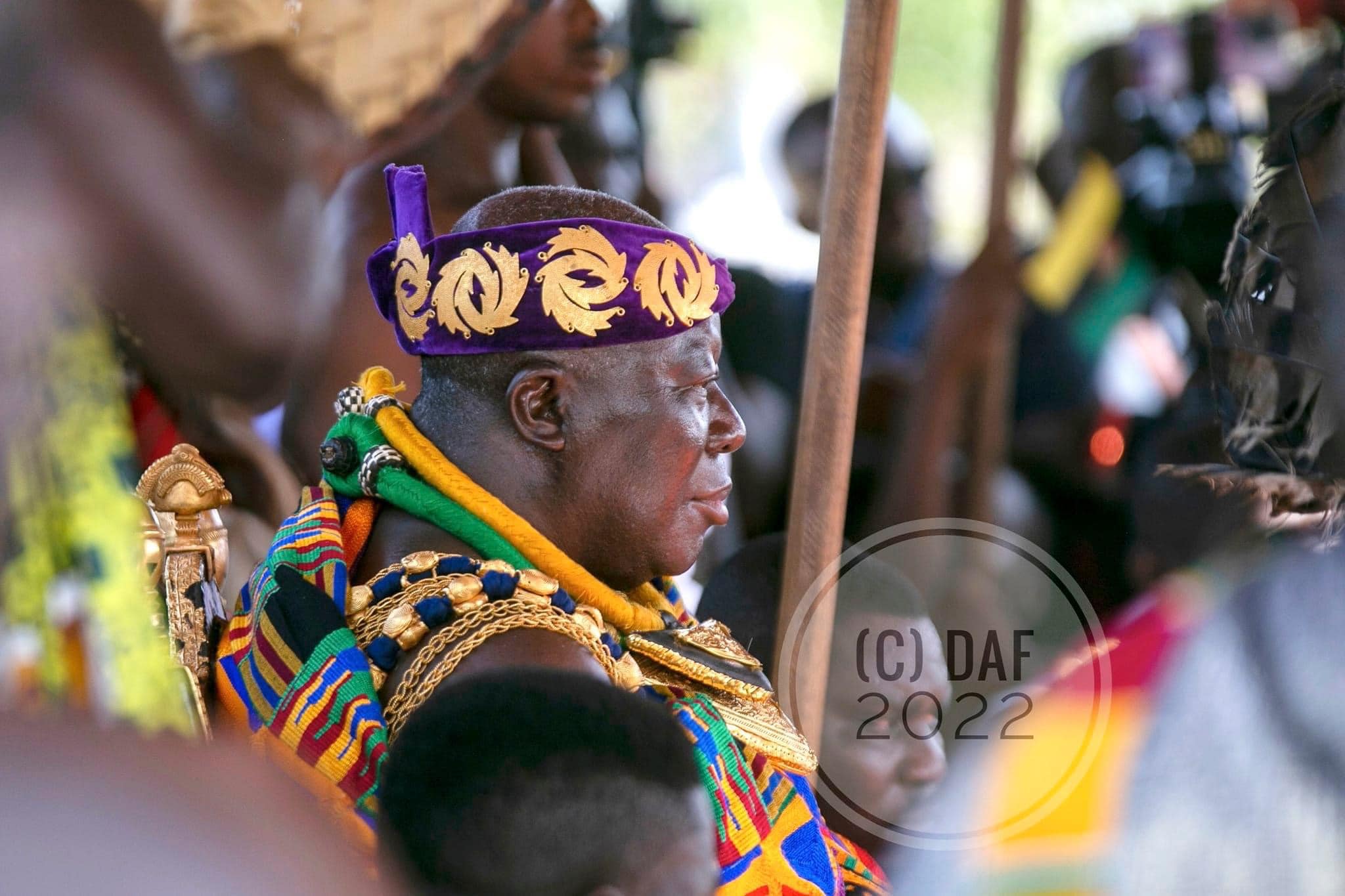