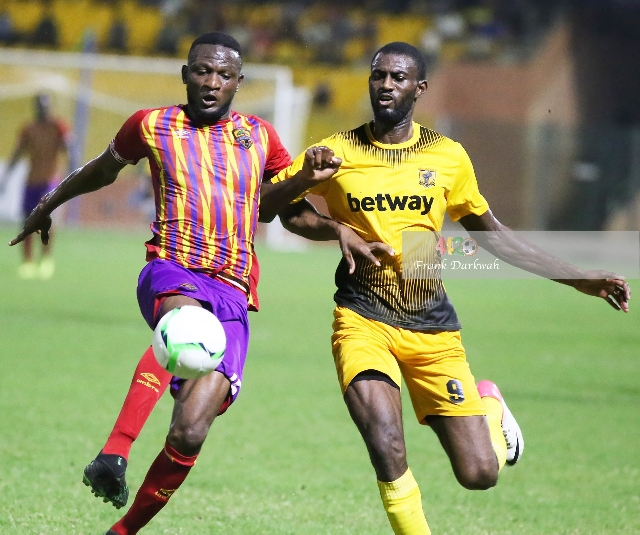 Accra Hearts of Oak failed to take advantage of playing at home, drawing goalless with Ashgold in a Match Day 8 fixture at the Accra Sports Stadium.

The match which was played this evening witnessed a lot of entertainment but it was the Phobians who wasted numerous chances.

Coach Edward Nii Odoom made only one change to the Hearts of Oak starting eleven, bringing on Abdul Aziz Nurudeen in place of the suspended Benjamin Afutu.

Their tactical play frustrated the Phobians throughout the game.

Both goalkeepers Fred Boateng and Richard Atta made spectacular saves to deny their opponets from carrying the day.

Ashgold are now 4th on the league table with 14 points while Hearts are 9th with 11 points.