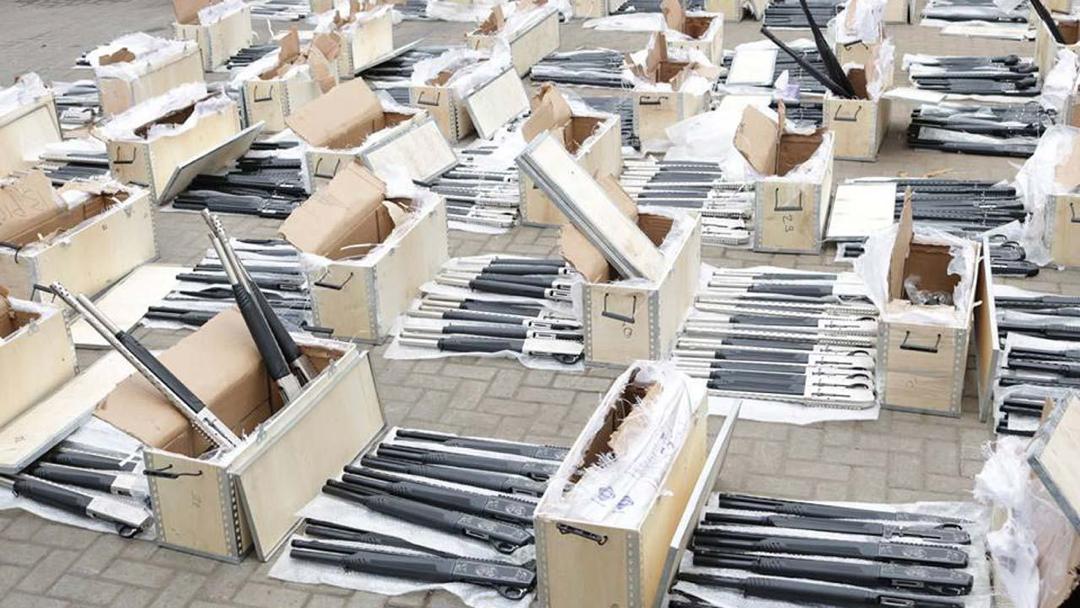 The Ghana Police Service has confirmed that the container load of pump action guns that were discovered at the Port of Tema have appropriate documentation and were legally imported for private use by licensed persons.

‘’Police assures that security agencies have physically examined the said truck and its contents and found them to be imported pump action guns covered by regular documentation authorised by the Ministry for the Interior and relevant agencies. and they conform to the documents covering them’’ a statement posted by the Service on Facebook read in part.

The statement continued that ‘’ The pump action guns in the truck are authorised for private use by licensed persons, they are not the type of weapons used by state security agencies. Police investigation further shows that rightful port procedures were followed to clear the weapons and the importer is a licensed arms dealer authorised to import such weapons’’.

News about the detention of a container load of the guns went viral on both social and mainstream media after a whistle blower recorded and circulated an audio detailing the container number and the truck number.

BestNewsGH.com published the story earlier and impressed upon the security agencies to take measures to ensure the said gun consignment does not leave the port. 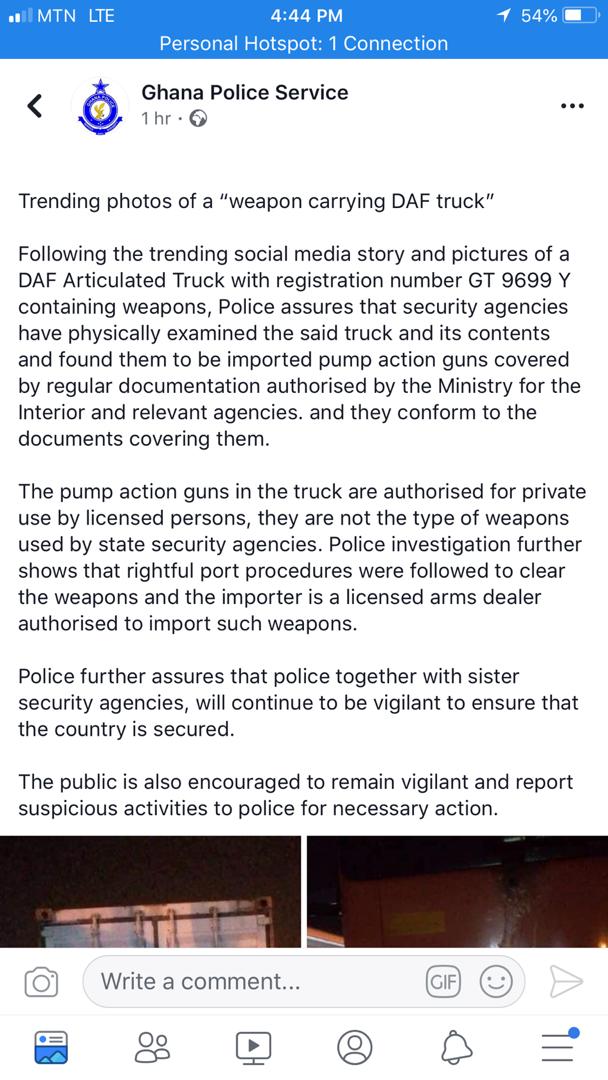