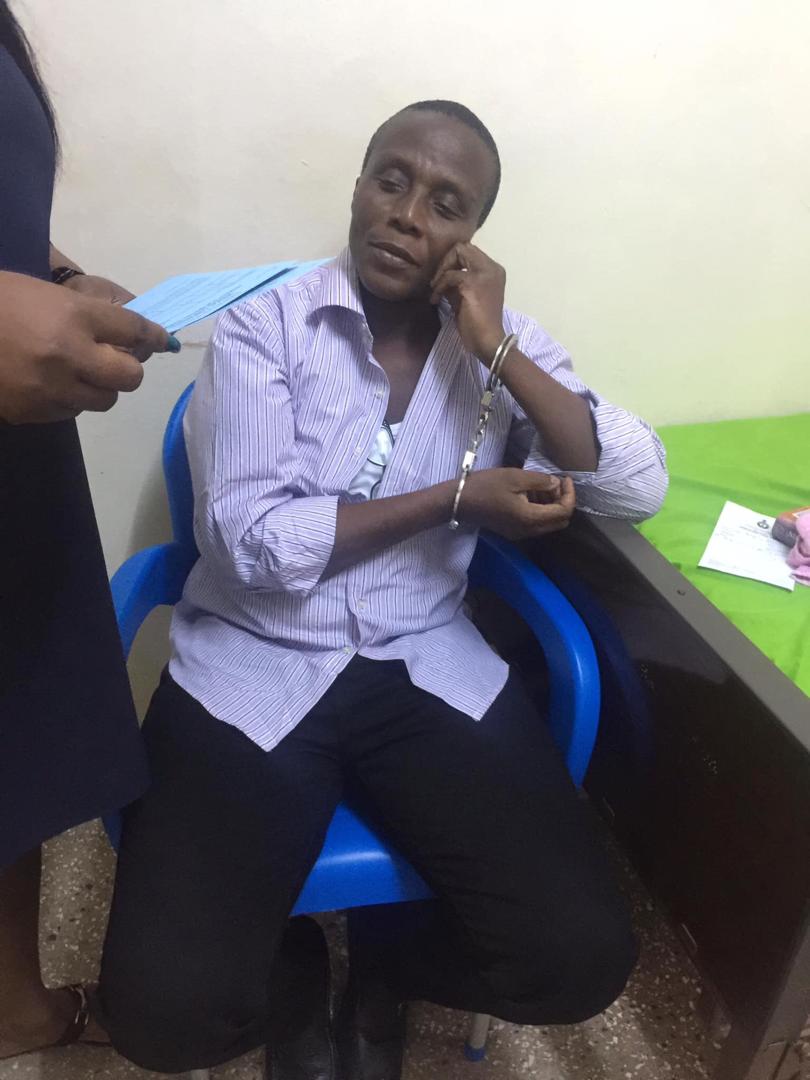 The drama surrounding the trial of Gregory Afoko, one of the two alleged to have conspired to kill Alhaji Adams Mahama, the Upper East Regional Chairman of the New Patriotic Party (NPP) in 2015, continued as a different high court in Accra, presided over by Justice Merley Afua Wood, yesterday rescinded the bail granted the suspect.

On March 14, Afoko was granted bail by another Accra High Court, presided over by Justice George Buadi, in the sum of GH¢500,000 with two sureties, one of whom was to be justified.

Justice Buadi granted the suspect bail after his lawyers had prayed the court for bail, basing their arguments on a nolle prosequi filed by the Attorney-General on January 28, 2019 to discontinue Afoko’s trial.

This was after his alleged accomplice, one Asabke Alangdi, was arrested three years after the said crime was committed.

However, when the case was called before the high court, presided over by Justice Wood yesterday, where a fresh trial of Afoko and Alangdi has commenced, the judge rescinded the bail earlier granted to Afoko.

Before the bail was reversed, the prosecution, led by Ms Marina Appiah Oppong, Chief State Attorney, had argued that the circumstances under which Afoko was granted bail had changed.

She said the other high court granted Afoko bail on the basis that the state was not certain as to when to start prosecution, adding that the state has now completed the committal proceedings to commence trial quickly after the nolle prosequi was filed.

She further argued that looking at the nature of the case and the expected punishment, there was the likelihood that Afoko would not appear before the court to stand trial if the bail was not rescinded.

Justice Wood, also a Justice of the Court of Appeal sitting as an additional High Court judge, rescinded the bail granted to Afoko upholding the arguments by the prosecution.

The case was then adjourned to tomorrow, where jurors are expected to be empanelled.

Gregory Afoko, a farmer, is alleged to have killed Mr Adams Mahama.

Afoko is being held on the charges of conspiracy to commit crime, to wit murder and murder.

However, he has pleaded not guilty before the court.

It is alleged that Afoko carried out the act with one Alangdi Asabke, who has also been arrested and is facing trial.

A third accomplice, Musa Issa, was granted bail after the Attorney-General opined that there was not enough evidence to prosecute him.

The state, at the committal proceedings, tendered more than 17 exhibits in respect of the trial.

The exhibits include Afoko’s caution and charge statements, as well as a post-mortem report of the deceased conducted by Dr Lawrence Edusei and a medical report on the deceased’s wife, who also sustained injuries in her bid to assist the deceased when the incident occurred.

Other exhibits are a gallon containing the alleged residue of acid found at the crime scene, a cup believed to have been used by the assailants in pouring the acid on the deceased, the deceased’s pair of shoes and attire, and a piece of carpet in the deceased’s car.

The rest are various reports from the Ghana Standards Authority (GSA), a pair of blue-black track suit belonging to Afoko, and photographs of the crime scene.

The prosecution told the court that Mr Adams was a contractor and lived at the Bolgatanga Social Security and National Trust (SSNIT) Flats in the Upper East Region, and was also the New Patriotic Party (NPP) regional chairman.

Afoko also lived in Bolgatanga and was the younger brother of Mr Paul Afoko, a former National Chairman of the NPP. The state said the accused was also a party activist and was close to Mr Adams.

The Chief State Attorney said he returned to the house in the night, and at the entrance of his house, two men signalled him to roll down the window of his car.

He obliged, and the two men poured acid on him and fled on a motorbike.

The prosecution said Mr Mahama shouted for help, and his wife, Hajia Zenabu Adams, went to his aid.

Mrs Adams also sustained burns on her chest and breast in her bid to assist the victim.

According to the prosecution, Adams told his wife that it was Gregory and Asabke who poured the acid on him.

He also mentioned the two accused persons, in the presence of neighbours, as the people who poured the acid on him.

The prosecution said Mr Adams was rushed to the Intensive Care Unit of the Bolgatanga Hospital, where he passed on.

Afoko was picked up at in his house, and led the police to Asabke’s house, but Asabke was not available.

A post-mortem conducted on the deceased by Dr Edusei indicated that Mr Adams died of extensive acid burns.