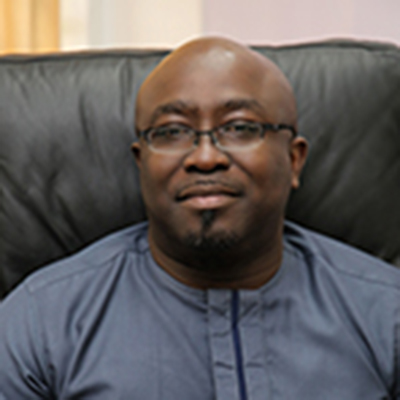 The Ghana Ports and Harbours Authority has described as unfortunate, comments by sections of public which seek denigrate the Authority for appointing a Director for the Keta Port because it is not operational yet.

A statement issued by the Authority and signed by the General Manager in charge of Marketing and Corporate Affairs, Mrs. Esther Gyebi-Donkor read in part that ‘’The appointment of a Coordinating Director is an acceptable practice in both the Public and Civil Services, hence one does not necessarily have to be appointed into an existing directorship position especially when justification have been made, requiring a person of senior managerial status with unique expertise to coordinate activities on behalf of an institution.”

The appointment in March 2019 of Dr. Alexander Yaw Adusei to the position of Director for the Keta Port has generated mixed reactions from the public and stakeholders with many describing the move as needless since the construction of the port has not been completed for operations to commence.

Read details of the statement below: 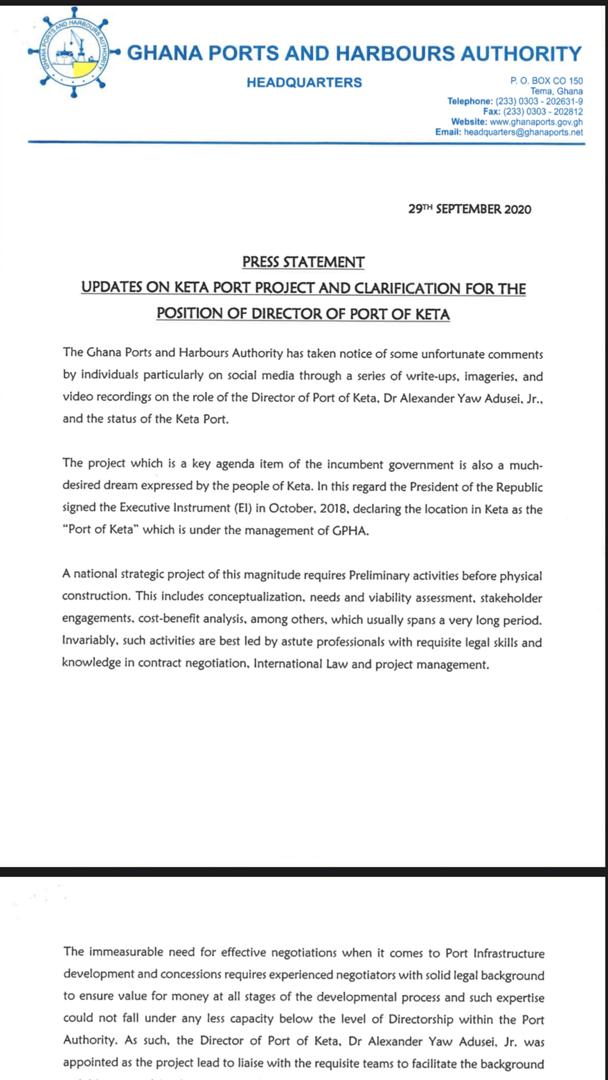 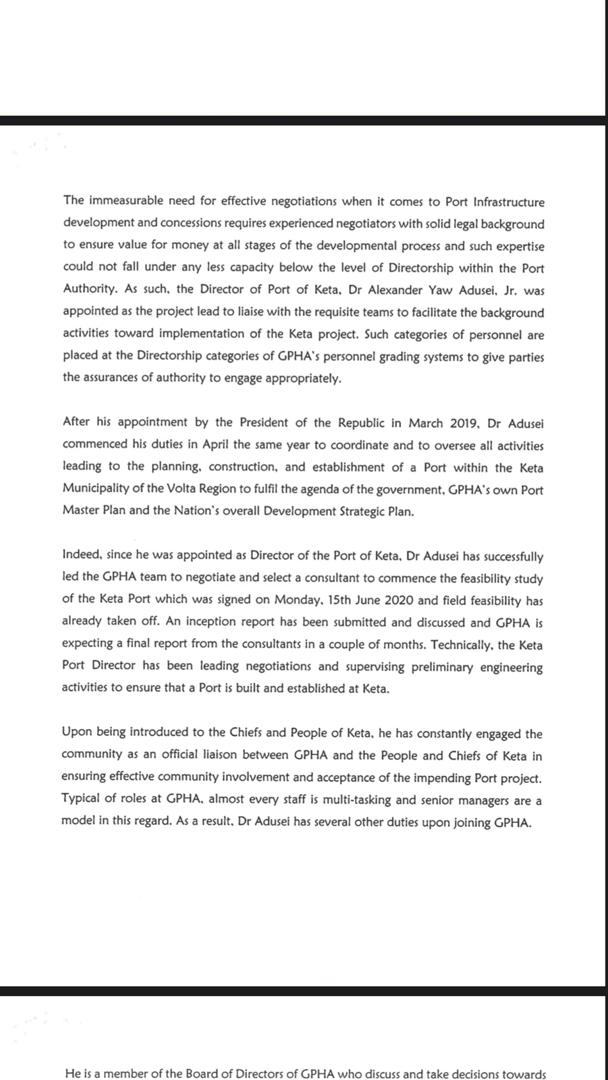 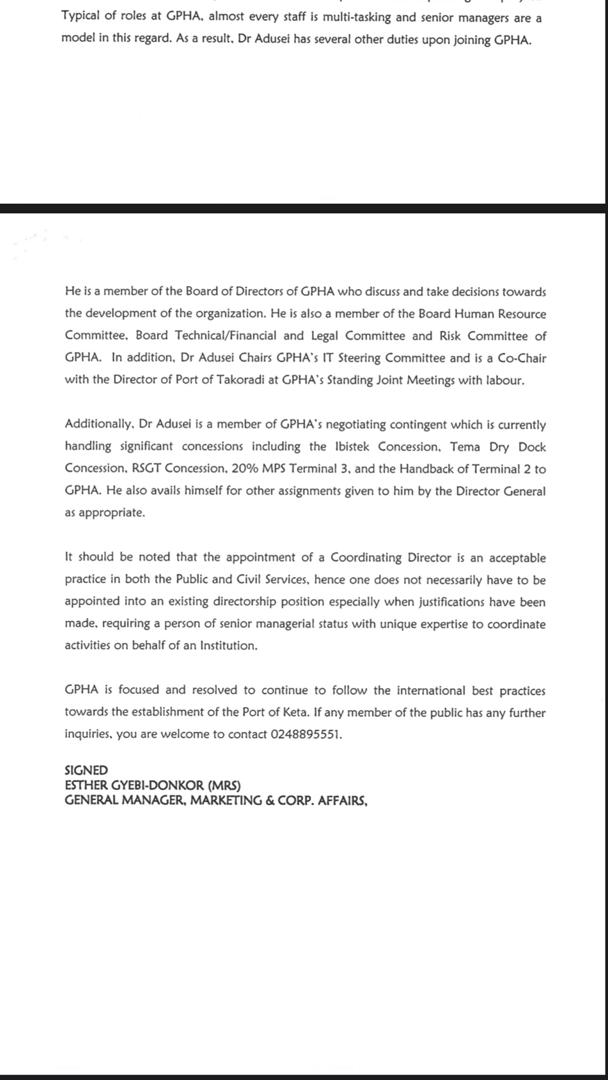