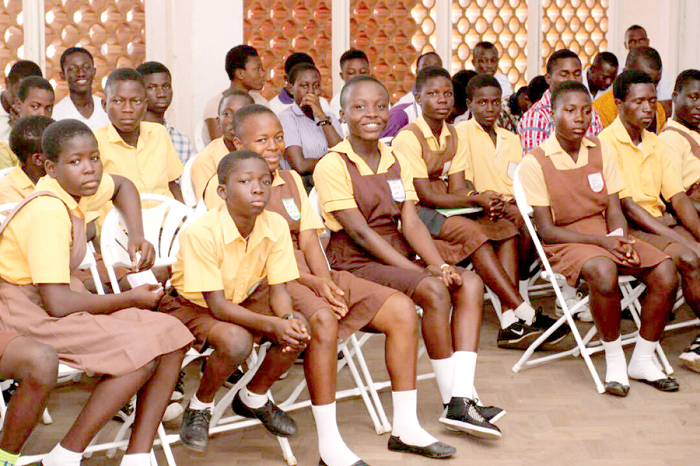 Government is set to introduce new school uniform for pupils in all public Junior High Schools (JHS) across the country.

The move forms part of the new reforms in the educational sector announced by President Nana Akufo-Addo during his State of the Nation’s address in February this year.

This reform will among other things see the implementation of new curricula from next academic year in September.

The decision to change the current popular brown and yellow khaki school uniform is unclear as the Ghana Education Service (GES) officials have remained tight-lipped on the matter ahead of official announcement.

Sources within the GES claim the new uniform is primarily to distinguish the JHS pupils from their peers at the primary level.

The current uniform, locally referred to as Konkonte and nkate nkwan (groundnut soup) and worn by pupils at the basic level in public schools, was introduced over 30 years ago by the government.

Meanwhile, officials of GES are expected to give details on the new uniform, particularly whether the cost will be for parents or government, at a news conference in Accra today.

The news conference, which will be used to officially launch the new curricula for basic schools, will also create a platform for the GES to address the issue of examination printing fees.

Also, it will brief Ghanaians about a GES-SIC insurance policy.

The revised curriculum will put a premium on reading, writing, arithmetic and creativity.

The decision to revise the curricular for KG and Primary schools comes about 12 years after the old curricular was introduced.

According to chairman of the GES Council, although there are some new additions to the curricula, other aspects have also been remoulded.

Although the focus now is on kindergarten (KG) to primary six, the GES says other levels of the education sector would be added in due course.

In line with implementation, one teacher from each of the country’s districts will undergo training on the new curricula.