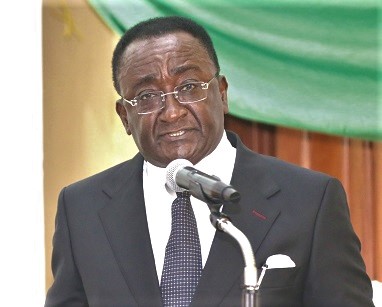 The government has restricted the export from the country of maize and soya beans, two important commodities in the poultry sub-sector.

It is part of measures to ensure food security and increase local poultry and livestock production.

Subsequently, the Plant Protection and Regulatory Services Directorate (PPRSD) has stopped issuing phytosanitary certificates for the export of both commodities.

This follows a directive from the Ministry of Trade and Industry (MoTI) to restrict their export to ensure the availability of the produce, whose production is subsidised.

A highly placed source at the PPRSD told the Daily Graphic last Friday that the directive from MoTI meant that the directorate could no longer issue new certificates.

The directive restricts Ghana’s export of the commodities to Niger, Sierra Leone, the Republic of Congo, the United Kingdom, Qatar, the United States, Italy and Canada.

The PPRSD, a directorate under the Ministry of Food and Agriculture (MoFA), provides certification for agricultural exports, whether in small or large quantities.

“For us (PPRSD), since the directive came, it means that we cannot issue any certificate, but for the soya bean, an exporter needs to be cleared under L.I. 2432 before we can grant the exporter certification to export,” the source said.

The Export and Import – Restrictions on Exportation of Soya Bean, Regulation 2020 (L.I. 2432) is administered by a seven-member Soya Bean Export Permit Committee, which acts as a regulatory task force.

The source added that the directive was premised on the fact that the country did not have enough quantities of those commodities, for which reason it could no longer export them.

It indicated that the PPRSD was committed, under its mandate, to organise, regulate, implement and coordinate the plant protection services needed for the country in support of the sustainable growth and development of agriculture.

Information gathered by the Daily Graphic indicates that President Nana Addo Dankwa Akufo-Addo issued an Executive approval for a temporary restriction to be placed on maize and soya bean exports in January this year.

Their discussions will also focus on how to increase production, prevent smuggling and other related issues concerning the commodities.

Due to the ECOWAS Protocol on the free movement of people and goods, the country cannot impose an outright or direct ban on the commodities but can only restrict their movement. It wishes to encourage that they remain within its borders.

Data available from the World Integrated Trade Solution (WITS) indicates that the export of maize from Ghana amounted to 250,147 kilogrammes (kg) in 2019.

It also reported that the export of flour and meals of soya beans from the country was 54,500kg for the same period.

Data suggests that there has been a tremendous increase in the export of soya beans from Ghana, resulting in competition among exporters, while creating shortages of the commodity, which is used by the livestock and the poultry industries.

The shortage also leads to price hikes, which eventually make it expensive for local processing.

The production of soya bean, which is currently being subsidised by the government under the Planting for Food and Jobs initiative, is to ensure its availability for processing and use as animal feed by the domestic industry at a cheaper cost to boost local livestock and poultry production.

The General Secretary of the General Agricultural Workers Union (GAWU) of the Trades Union Congress (TUC), Edward Kareweh, said although the directive on export restriction was a good policy, it was rather short-term to avert future food crisis.

He stated that the development would be a vindication of its position that the country did not have enough food for its citizens this year.

“It is also a vindication of our point that given the challenges in the sector last year, including shortages and the smuggling of fertiliser, coupled with rains that destroyed most of the crops, our agricultural productivity will suffer,” Mr Kareweh said.

He stressed that if the government did not put in place solid long-term measures to address challenges in the agricultural sector, the country would face food shortage in 2023 that would escalate prices in the market.

“For us, we see the export restriction on the selected commodities as a short-term measure to ensure that between May and June, we have enough quantities for the market, but that does not prepare us towards 2023.

The Chief Executive Officer (CEO) of the Chamber of Agribusiness Ghana (CAG), Anthony Morrison, said Burkina Faso and other countries in West Africa had already imposed bans on the export of those commodities since last year and that it was long overdue for Ghana to follow suit.

He said market intelligence by the CAG indicated that about 50 per cent of the commodities were being held in reserve away from the market by some aggregators, so that they would be able to smuggle them out of the country later.

Mr Morrison, therefore, called for a bipartisan national security committee made up of all relevant stakeholders to help the implementation of policies such as the restriction on the selected commodities.