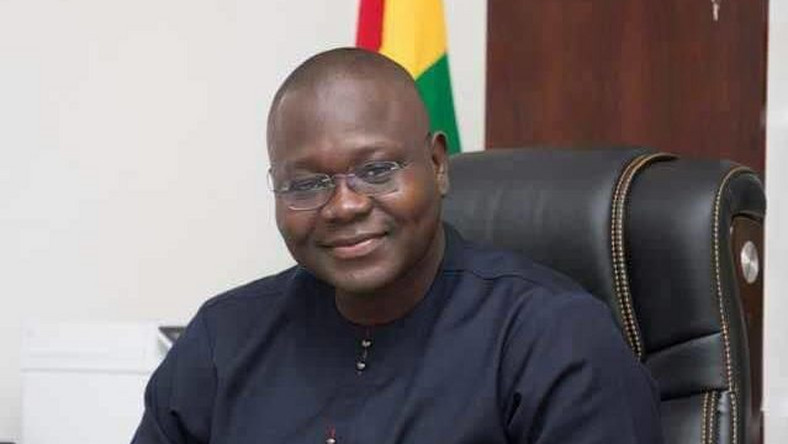 Deputy Chief of Staff and Political Assistant to the President, Francis Asenso-Boakye has said the implementation of the current policies and programmes of the Nana Akufo-Addo’s government, such as Free SHS, Planting for Food and Jobs, One-District-One Factory, (1D1F), and the Infrastructure for Poverty Eradication (IPEP) are important steps towards achieving the United Nations Sustainable Development Goals of ending all forms of poverty by the year 2030.

He described Ghana’s current efforts as more direct and focused in alleviating the plight of the poor and that the impact even within two years of its implementation is obvious.

Mr. Asenso-Boakye was speaking at a High-level Dialogue on Big Data and Global Poverty Reduction as part of the China International Big Data Industry Expo 2019 held on May 26 to 29, 2019, in Guiyang, Guizhou Province, China.

The deputy chief of staff, who is also a Development Planner, discussed Ghana’s efforts and experience over the years in alleviating poverty.

He indicated that “Ghana’s journey towards poverty alleviation took a concrete form when by the year 2000, the country had taken the unenviable title as a Highly Indebted Poor Country (HIPC) with a GDP per capita of US$265 and 51 per cent of the population described as poor.

A national development plan, under the Ghana Poverty Reduction Strategy, was developed and implemented focusing on poverty reduction by investing in the production areas of the poor such as rural agriculture, informal sector, processing and commerce.”

“By 2008, poverty in Ghana had dropped to 25 per cent of the population while the African average was 43 per cent. The economic improvement had with it corollary social benefits including free basic education, a national health insurance scheme, a school feeding programme for deprived areas and targeted welfare scheme for the poor and aged,” he added.

More than 1,700 participants from 38 countries and regions, with a total of 413 companies and organizations participated in the China International Big Data Industry Expo 2019.