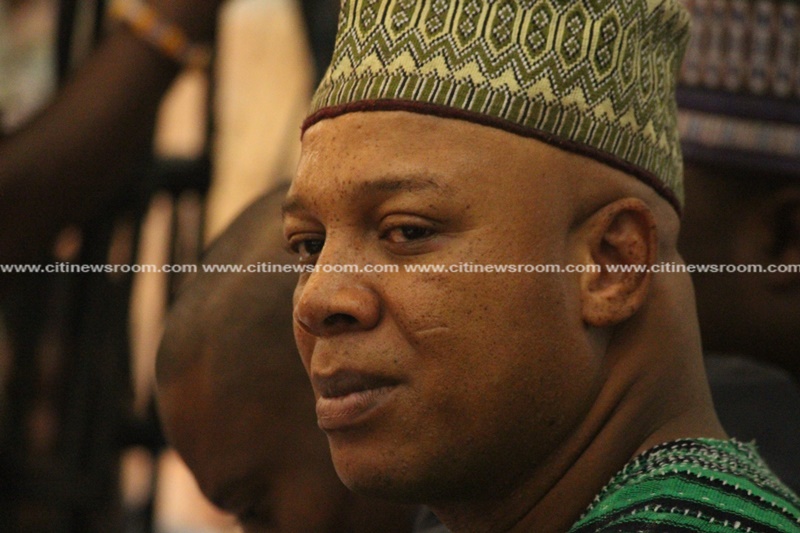 The opposition National Democratic Congress (NDC) Minority says the current government under the leadership of president Nana Addo Dankwa Akufo-Addo is drowning and desperately trying to taint the NDC in order to survive.

According to the Minority, the government has failed in almost all facets of the economy including education, health, roads, agriculture and the energy sectors.

They argue that they want Ghanaians to know that it is Nana Addo/Bawumia led Government’s incompetence and lack of planning that has plunged the country into what they call ‘this Mess’, adding that the government must therefore accept full responsibility for the monthly debt mess the country is in, and stop blaming the NDC.

The Minority at a press conference to respond to assertions by government that the erstwhile NDC administration is to blame for the challenges in the energy sector that the government is currently grappling with, said   ‘’the NDC government in an effort to address Ghana’s debilitating energy crisis and to deal with the issue of fuel security for our thermal plants, the Mahama led Government negotiated the biggest gas to power agreement with support of the world bank to ensure that this project is completed on time in order to increase our domestic production of gas to 300mmscf/day’’.

The Minority’s statement which was read by Mr. Adam Mutawakilu, the ranking Member of the Mines and Energy committee in parliament said ‘’after the completion of the Atuabo gas project, the next effort was the historic ENI’S OCTP project to utilize the non-Associated Sankofa gas. This project represents a game-changer in the country’s gas-to-power ambitions with about 45,000 barrels of oil per day (bopd) and 180 mmscf of Gas per day, enough to generate 1000 MW of power daily’’.

They continued ‘’before the NDC left office  former President Mahama had initiated processes to interconnect the Ghana National Gas Transmission System (NGTS) with the West African Gas Pipeline System. This is to allow a reverse flow of gas from the West (takoradi) to the East (Tema) to serve power plants in the Tema enclave. This initiative had received cabinet approval. This was so critical to ensure that the ENI Gas was not stranded.   Indeed in 2016 parliament approved an amount of $3m to speed up the process. It is therefore surprising that the Nana Addo/Bawunia after being in power for  2 long years still want to blame the NDC for the mess they have found themselves in due to the lack of infrastructure to transport gas to the east (Tema)’’.