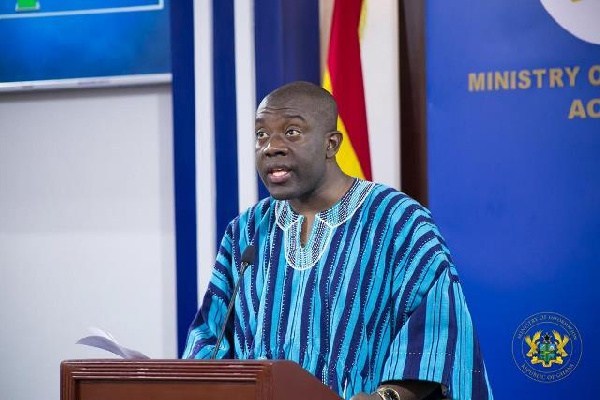 The Minister of Information, Kojo Oppong Nkrumah has said the President will not be stampeded into releasing the Emile Short Commission report on the Ayawaso West Wuogon by-election violence.

He was responding to the Minority’s demand at a press conference for the report to be published to inform ongoing crafting of an anti-vigilantism law in Parliament.

The Commission presented its report in March after its public hearings to the President.

Speaking to Citi News, Kojo Oppong Nkrumah indicated that the ongoing processes are not affected in any way by the fact that the commission’s report has not been published.

He insisted that the state was not “second-guessing the constitution.”

Mr. Oppong Nkrumah also said even if the report is released it would not have a bearing on the crafting of the law.

“Why do we suppose that without a public outing of the Emile Short commission report, persons cannot contribute to the Vigilantism Bill? It is a strange argument to make,” he stated.

If an input is needed from the report, the Minister said the Interior Ministry could be made privy to the report to aid the crafting of the law.

“He can be authorized by the President to have a reading and inform the discussions on the legislation with whatever recommendations are relevant to the Bill we are passing.”