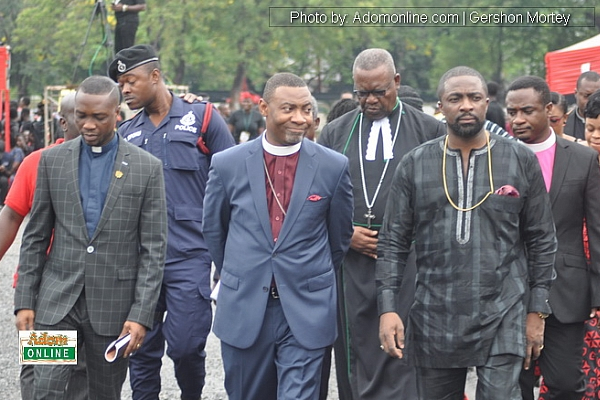 Renowned International evangelist and the Founder and President of the Worldwide Miracle Outreach, Dr. Lawrence Tetteh has said he is living by the age long saying of ‘God helps those who help themselves’ and so is not leaving anything that concerns his security to chance at all.

According to him, he has faced several life threatening situations in the course of his Ministry as an evangelist and a preacher and that it became obvious to him that having bodyguards was no longer a thing he could compromise on.

According to him, any Man or Woman of God worth his or her salt must keep bodyguards to protect him or her from any form of physical aggression in the course of their work in the Lord’s vineyard.

Dr. Tetteh recounted an incident in Accra during a Convention when an aggressor rushed on him fully armed, but was only restrained and stopped by his colleague Men of God who were present.

He therefore prevailed upon the followers of the various Men and Women of God to bear with their leaders who employ the services of bodyguards, saying ‘’they need them’’.