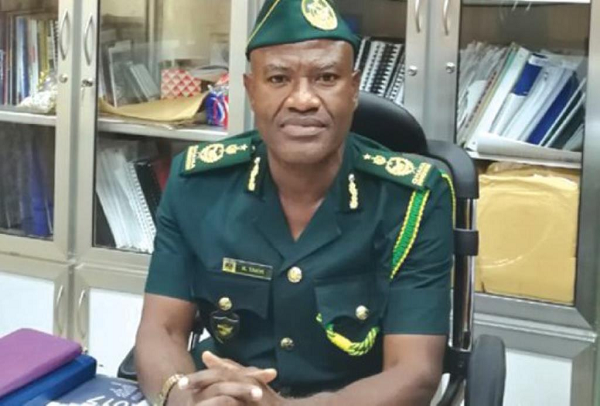 The Ghana Immigration Service (GIS) says it is starting a regularisation process to document all non-Ghanaians in July.

This has become necessary following series of criminal activities which the Service says have been mostly linked to undocumented foreign nationals.

PRO for the Service, Supt. Michael Amoako Attah, disclosed on ‘The Pulse’ on JoyNews TV that they have set aside July as a grace period for all such persons to present their documentation to them or risk deportation from August onwards.

He said foreign nationals married to and parents to Ghanaian children and have not yet updated their status in the country, are also included.

“For instance, with people in gated communities, we are going to have a face to face interaction regarding the provisions of this law and through the media, we would reach out to the general public that this is what we are doing.

“We will give one month grace period while we are going about the awareness creation. Within that period if you are in a rented apartment and you are not properly documented by GIS, come and let us take you through the process and get your stay regularised,” he said.

Supt. Attah said there will be no sanction during the awareness period encouraging all those affected to come out and do the right thing.

He said they will also engage hoteliers, managers of guest houses and other apartments about the exercise so they get their patrons documented.

In April this year, the Police warned that landlords who fail to do rigorous background checks on potential tenants, especially foreigners, will be held liable if they are involved in any crime.

Director of Operations at the Accra Region Police Command, ACP Kwesi Ofori, said landlords should take and keep some form of identity and have a lot of information about people who come to them to hire or buy their properties.

“People cannot come and use your property as a prison to detain others and maltreat them…investigations will seriously count them in [when their tenants commit crimes],” ACP Ofori told Joy News’ Gifty Andoh Appiah on The Pulse Friday.

Meanwhile, the Immigration Service says some Nigerians seen in a viral video attacking its officials have been deported.

In the video, a group of people are seen surrounding immigration officials, preventing them from moving their vehicle into the community and were continuously taunting them.

Investigations by a committee set up following the incident found that a majority of those involved were undocumented persons involved in cybercrime.