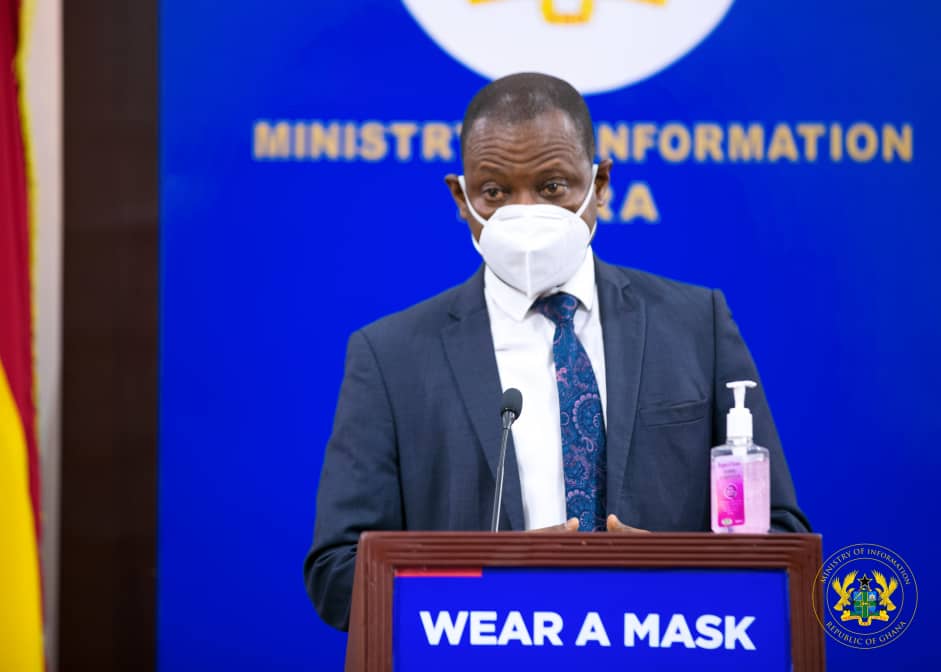 The Ghana Heath Service (GHS) has intensified community surveillance to ascertain whether the new coronavirus disease (COVID-19) variant is spreading within communities.

This has become necessary because the service believes the new variant, which has been detected among international travellers, could be the reason a high number of people exposed to the virus are falling sick.

Addressing the media at the Minister’s Briefing, a national platform for providing updates on the national COVID-19 situation and response in Accra on Monday, the Director-General of the GHS, Dr Patrick Kuma-Aboagye, said the service was also closely monitoring to pick any mutation of the virus to enhance national response.

“Although we have not detected the new UK and South African COVID-19 variant in the communities, its detection at the airport among international travellers and the change in pattern of the disease spread and severity suggest there is a new variant in the country and the chances are that we may have it and it could be responsible for the changing dynamics of the disease,” he said.

Dr Kuma-Aboagye asked the public to adhere strictly to the safety protocols because, unlike previously, high numbers of  people exposed to the virus were falling sick with high severity, while cases were going up at an alarming rate.

He said during the last two surge incidences in the previous year, 21 per cent of recorded cases were falling sick, with majority being asymptomatic, but currently the situation was different, with 32 per cent falling sick.

He mentioned other reasons for the alarming rise to include a rise in social activities and the disregard for the safety protocols, particularly during the Yuletide.

“Poor linkage to care of cases from walk-in labs is another cause of the current surge,” he said.

Dr Kuma-Aboagye said there had been a sudden increase in active cases from about 800 to over 3,000 over the past three weeks, with the majority of cases coming from the Greater Accra Region.

Out of the number, 58,150 had been discharged and recovered, while 372 people had died due to co-morbidities.

He disclosed that the GHS, in collaboration with the government, was enhancing all national response, such as contact tracing, testing, treatment and the provision of personal protective equipment (PPE).

He reiterated the fact that all schools had been mapped to health facilities.

The director-general said the GHS was also intensifying public education and had scheduled sensitisation sessions with key stakeholders, such as market women, commercial driver unions and cooperatives.

“To decrease community spread, all who test positive will be put into isolation or treatment centres to help break the chain of community spread. The Pentecost Convention Centre, which was previously used and handed back to the church when cases began to decline, will become operational from February 1, 2021,” he said.

He said all contacts or cases would have to mandatorily self-quarantine for 14 days and monitored.

Dr Kuma-Aboagye reiterated the fact that beating the pandemic was a shared responsibility and, therefore, called on all to take their safety into their own hands by adhering strictly to the preventive protocols.

He reminded the public of their mandatory and civic obligation to always be in face masks before stepping out of home.

“We must continue to adhere to hand and respiratory hygiene. Always cough into a face mask, flexed elbow or a tissue and dispose of it immediately into a closed bin and wash or sanitise your hands immediately. We must observe this between one and two metres social distancing protocols at all times,” he said.

He said the GHS was also focusing on the promotion of decongestion at workplaces because there had been a number of workplace outbreaks.

“We encourage virtual meetings and working from home policies,” he said.

The minister-designate for Information, Mr Kojo Oppong Nkrumah, indicated that if the current alarming rise in COVID-19 cases did not change, the government might be forced to impose more restrictions to curb the spread.

He said the rise had largely been attributed to people losing their guard on adherence to the safety protocols.

He advised the citizenry to strictly adhere to the COVID-19 guidelines to avert the likelihood of the government bringing back some sanctions.

“We are being reminded that we all need to do the things we were doing in the beginning to ensure that this third rise is quickly dealt with because the dynamics of this third rise appear to be different from those of the first one.

“So if these numbers go up this way, then, just as the President himself articulated, we are heading for more restrictions, even if it means reviewing some legal instruments,” Mr Nkrumah said.