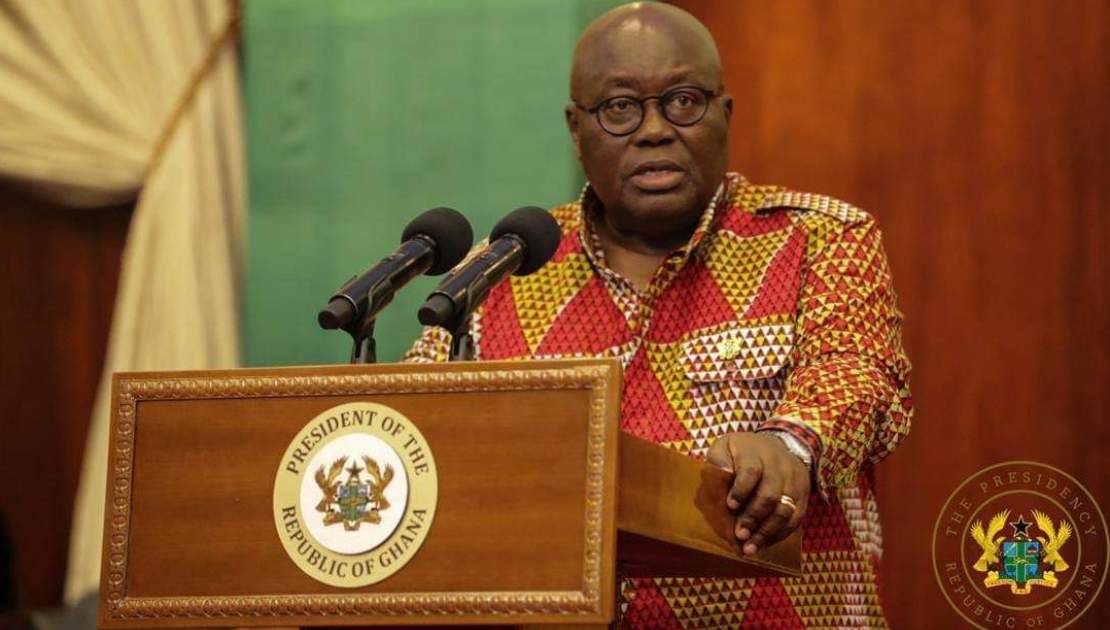 The President of the Republic, Nana Addo Dankwa Akufo-Addo, says he is fully committed to making Ghana a shining example in the implementation of the seventeen (17) United Nations Sustainable Development Goals (SDGs) – Agenda 2030.

Speaking at the Junior Chamber International’s 2019 symposium, on the sidelines of the 7th Tokyo International Conference on African Development, on Thursday, 29th August, 2019, President Akufo-Addo indicated that his government is pursuing the implementation of the SDGs with a strong sense of urgency, and an unparalleled commitment to act now.

Speaking on the theme, “Ghana as a role model for the attainment of the United Nations Sustainable Development Goals 2030”, the President stated that Ghana has a history of being first among her peers when it matters most.

As a start, the President noted that the 17 SDGs have been captured in Government’s Co-ordinated Programme for Economic and Social Development Policies (2017-2024), which was adopted by Parliament in 2017, with Government’s approach to implementing the SDGs involving all stakeholders.

With attaining the SDGs requiring all the resources the nation can muster, President Akufo-Addo told the gathering that, working in tandem with the private sector, he has established an Advisory Group of prominent Chief Executives who are establishing a $100 million SDGs Delivery Fund and a $200 million Green Fund to complement government’s efforts in the realisation of the SDGs.

SDG 4 – Education for All
To realise SDG 4, which demands inclusive and equitable quality education and the promotion of lifelong learning opportunities for all, the President stated that his government has made education in the public sector free from Kindergarten to Senior High School, with the adoption of my government’s Free Senior High School policy.

“This September, when all students in public senior high schools will be beneficiaries of the policy, will witness the enrolment of 1.2 million pupils, the highest in our history. Investments in our educational system are a key priority for my government, and we are insisting that a third of our nation’s budget is dedicated to educating our young people. Ghana’s young people must acquire skills that would put them at par with their peers across the globe,” he added.

SDG 3 – Healthcare
Touching on SDG 3, which requires that Governments ensure healthy lives and promote wellbeing for all at all ages”, President Akufo-Addo noted that his Government has revitalised the National Health Insurance Scheme, strengthening the healthcare system through the construction of health infrastructure, the training of more doctors, the employment of more nurses and midwives, and the impending arrival of 275 ambulances, i.e. one per constituency, to make treatment of emergency cases more effective.

“Drone technology has also been introduced into the system to help deliver essential medicines, blood and blood products to remote communities. Today, the fear of getting sick has considerably abated,” the President added.

SDG 8 – Decent work
On the provision of decent work and economic growth, i.e. SDG 8, he noted that, through the Nation Builders Corps initiative, one hundred thousand graduates have been put to work.

“Some fifty-nine thousand (59,000) teachers have been given jobs since I came into office in 2017. The “One-District-One-Factory” and “One-Village-One-Dam” programmes, and the Zongo Development Fund and the Infrastructure for Poverty Eradication Programme (IPEP), are being pursued to stimulate job creation opportunities across the country,” President Akufo-Addo said.

Agriculture
With agriculture impacting on as many as 10 goals, the President stated that through the flagship programme for the revival of Ghanaian agriculture, dubbed “Planting for Food and Jobs”, support has been provided to some 1 million smallholder farmers.

These farmers, he said, last year, produced a bumper harvest, and, for the first time in a very long while, the country exported food to her neighbouring countries, with Government also signalling its intention to reduce rice imports by at least 50 percent this year.

SDG 13 – Climate Change
Reinforcing Ghana’s attachment to the Paris Agreement the President revealed that, at the local level, Government has mandated and tasked all local assemblies to address climate change issues in their medium-term development plans.

Additionally, he told the gathering at the Symposium that his Government has boldly clamped down on the reprehensible activity of illegal mining that has been destroying the country’s forests and water bodies; has banned the harvesting of rosewood timber as one of the measures to protect the forests and endangered species; and, through the “Youth in Afforestation” Programme, Government has employed over 20,000 youth to plant 10 million trees across the country as a way of increasing carbon sinks.

SDG 7 – Sustainable Energy
Towards realising the country’s international obligations under SDG 7, on access to affordable, reliable, and sustainable energy, President Akufo-Addo indicated that his Government is promoting the deployment of renewable energy in line with the policy target of 10% renewables in the energy mix from the current 1%.

“In the course of this year, Jubilee House, the seat of our nation’s presidency, will be powered by solar energy, as an example to other public institutions. The target is to install 200 megawatts of distributed solar power by 2030 in both residential and non-residential facilities, and in state agencies, in order to reduce Government’s dependence on power generated by fossil fuels,” he said.

SDG 14 – ocean conservation
With SDG 14 requiring the conservation and use the oceans, seas and marine resources for sustainable development, President Akufo-Addo noted that Ghana is determined to eliminate pollution on the country’s coast, and significantly reducing pollution in the marine ecosystem by 2025.

This, he explained, will be done by tackling the current challenges posed by use of plastics and indiscriminate disposal of waste; and, secondly, by completing the assessment of ecologically sensitive areas along the coast, and designating Ghana’s first marine protected area by 2025, to safeguard coastal and marine biodiversity.

“The SDGs are intended to be the boldest and loudest articulation of the collective ambition for human development that the world has ever known. They are helping us in Ghana focus on a common agenda for development. We have a unique opportunity to transform our country, and bring prosperity to all by diligently implementing the SDGs,” the President said.