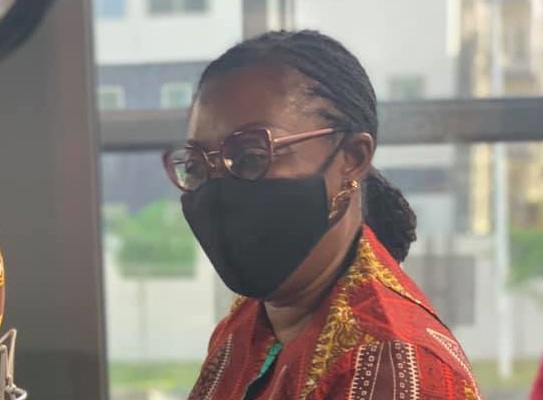 Ghana is to start national roaming and interoperability for  all mobile telecommunication companies by the end of 2021.

This will mean that in areas where a network provider has no coverage, the sim will automatically port unto the available network for the period of time that the subscriber is within the said no coverage area.

Subscribers will therefore not need to own several sim cards from different network providers, as it currently persists with some subscribers mainly because of connectivity issues in some areas for certain providers.

The Minister of Communications and Digitalisation, Mrs Ursula Owusu Ekuful said this a radio interview monitored by Graphic Online on Accra based Asaase Radio on Friday morning [April 30, 2021].

The Minister said it is something that her outfit is committed to ensure that it happens by the end of year 2021.

“So whether there is a service from your service provider in a particular part of the country or not, just like we roam on other networks when we travel, you can roam on other networks when you travel to a region or a district or an area where your network is not present and for a small fee, which you won’t feel because it will be part of the charges that you pay to your network provider but there will be bi-lateral arrangements between all the players to ensure that the national roaming happens and we are going to do that by the end of this year,” she said.

“I have already told them [stakeholders] that, we are doing it and the discussions have already started and the regulator is involved to see how we can mandate that, so all of this would help with connectivity across the country which is the foundation of what we want to do,” she added.

The Minister said one of the major projects that was started in the year 2020 was the rural telephony project.

“It is incumbent on government to extend connectivity to all parts of the country and not leave it to the private sector because they are motivated by profit and incentive.”

“So if there isn’t a commercially viable sector, they are not going to go there but every part of Ghana needs to also engage in the digital transformation that is taking place in the world. So government is putting in 115million euros to extend connectivity to un-served and under-served parts of the country.

“Now it is the infrastructure that government is putting in and making it a shared infrastructure, so that all the telecom companies can provide services on that platform to the rural areas,” the Minister said.

Asked if the telecom companies will have any direct investment in it, Mrs Owusu Ekuful said their investment in it will be their operating expenditure of extending their services to those areas but they are not investing in the capital infrastructure that is being put in.

“So it is like government is building the towers, you put your services on it. Now those on that network will pay slightly less than the other areas of this country because it is a universal service function which is mandated by the law and once that starts, they are getting data connectivity as well as it provides a seamless platform to extend service.”

“We need to be able to apply online for services anywhere in this country and not go to the big towns before you can access any infrastructure or service providers.

Mobile money should be available to anyone anywhere, you need to be able to send and receive your messages anywhere in the country and we are hoping that through that we can also facilitate even access to the tele-medicine platforms that we are in the process of putting in place with the Ministry of Health and the virtual learning platforms that we are working with the Ministry of Education to implement,” she said.