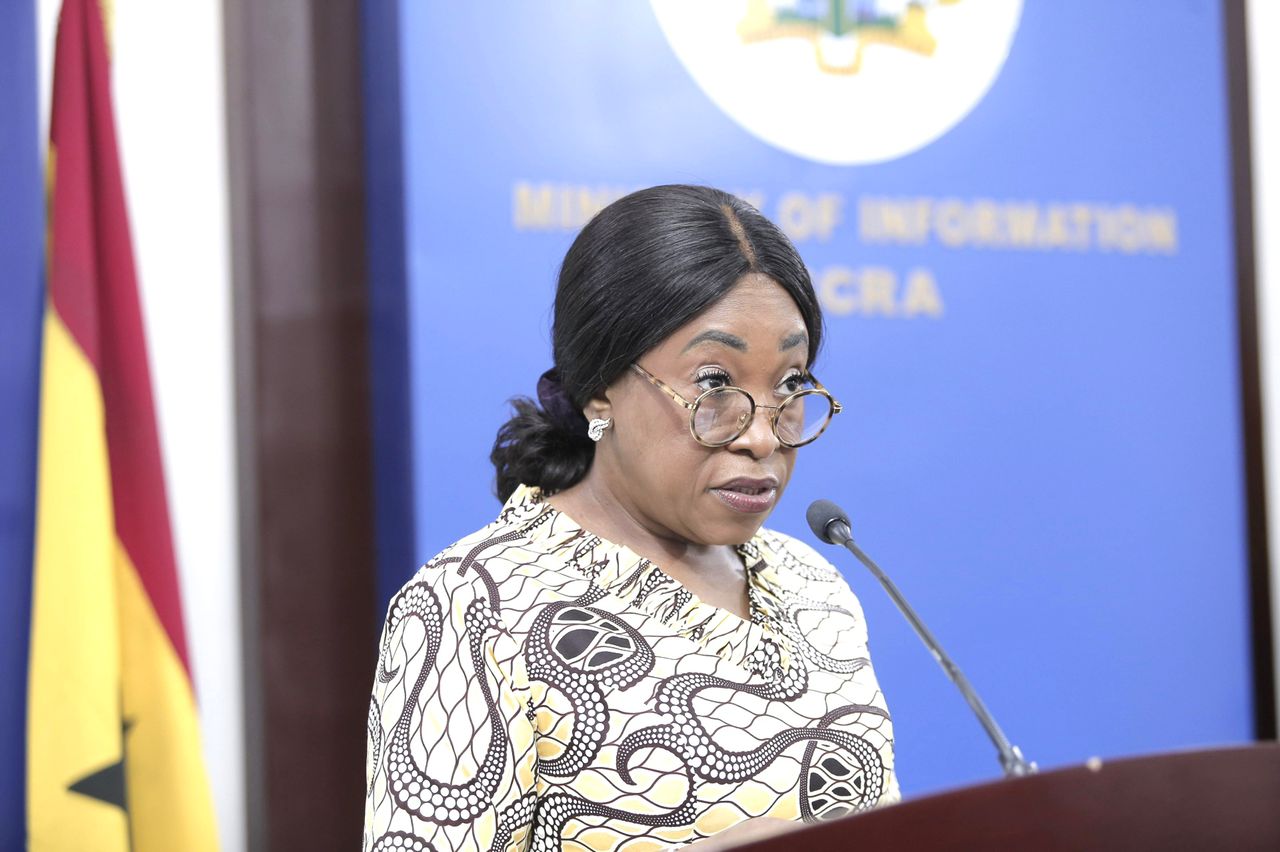 Ghana has denied issuing a travel advisory against non-essential travel to Abuja, the capital of Nigeria.

The advisory circulating Wednesday (November 16, 2022) and bearing the name and logo of the Ministry of Foreign Affairs and Regional Integration had indicated that Nigeria had directed some hotels to shut down, citing “the directive by local authorities to hotels operating in residential buildings to shut down”.

The advisory said, “due to the unpredictable security situation in the city, and the high danger of terrorism, criminality, inter-communal conflict, armed attacks, and kidnappings”. 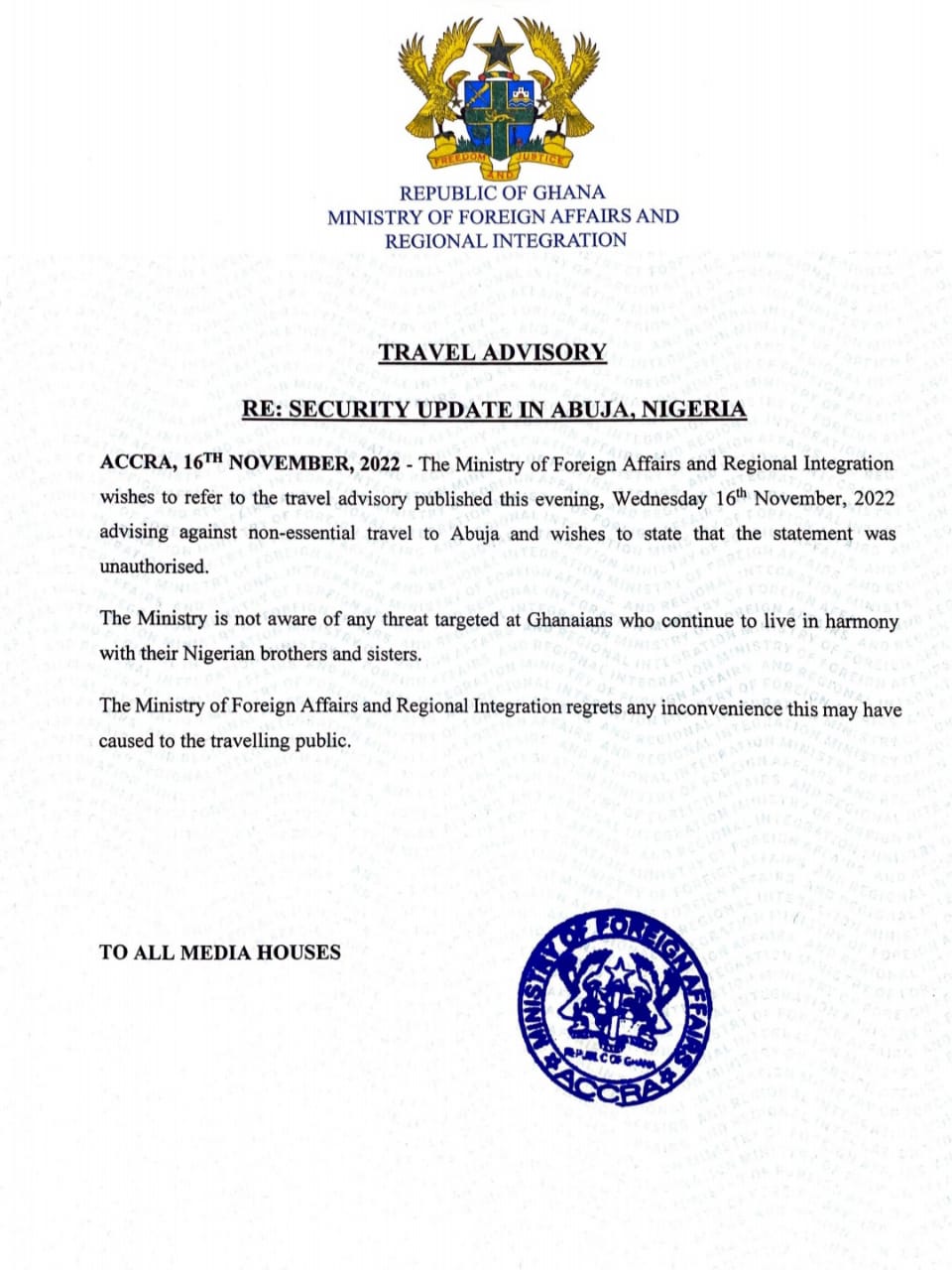 In a rejoinder tweeted Thursday morning, the Ministry of Foreign Affairs said that statement was unauthorized.

It said it was not aware of any threat targeted at Ghanaians in Nigeria.

“The Ministry is not aware of any threat targeted at Ghanaians who continue to live in harmony with their Nigerian brothers and sisters,” the Ministry said.

“The Ministry of Foreign Affairs and Regional Integration regrets any inconvenience this may have caused to the travelling public”.

The unauthorized advisory followed similar statements by the United States, United Kingdom, Ireland, Canada, Germany, and others, since October.

Terror attacks in Nigeria this year

– On July 24, a contingent of the Presidential Guards Brigade was ambushed along the Kubwa-Bwari road. Eight personnel and more than 10 insurgents died.

– The military operation foiled the planned invasion of the Nigerian Law School and the nearby Veritas University, both in Bwari.

The attack coincided with the Nigeria Security and Civil Defence Corps (NSCDC) alert that Abuja, Katsina, Kaduna, Kogi, Lagos and Zamfara were under threat.