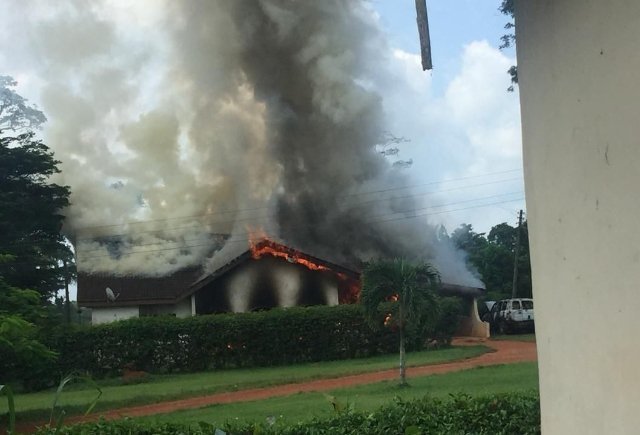 The Ghana Bauxite Company in Awaso in the Western North Region has shut down as aggrieved workers staged a violent demonstration that resulting in the burning of company properties.

Company bungalows, offices and cars were torched by the angry staff who said their working conditions need to be improved.

There is a security meeting ongoing in the region in reaction to the disturbance to prevent further property destruction from continuing.

A worker of the company who spoke to Joy News’ Evans Mensah on Newsnight Tuesday on condition of anonymity said management has turned deaf ear to their demands of better working conditions and formation of a worker’s union to protect their interest.

“It was not a planned thing but an anger situation that went out of control. On Monday morning everything was working well until news came out based on a previous negotiation meeting with management did not receive a positive response.

“Once they heard that things are not going as expected then it aroused the anger of people who have been working on this issue for all these years. It has been nine years that we have not been able to form a union,” he said. 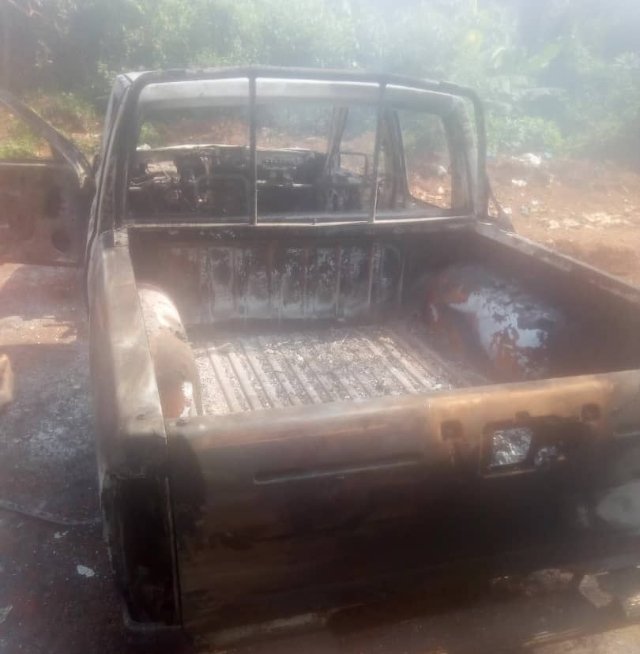 According to him, they cannot fathom why management does not want them to form a union and sacking of 16 people in the process over the last four years.

Three months ago, the workers embarked on a peaceful demonstration and petitioned the Regional minister, District Chief Executive, Municipal Chief Executive to help resolve issues at the company but that did not work.

Not only this but the workers said they are not happy with the salary structure with some staff taking home as little as ¢250 with no benefits and payment of SSNIT contributions.

“They will call you and sit down with you to agree on a salary but at the end of the month, the pay you receive and see on your pay slip is quite different. Contract staff who do the same job, with the same qualifications as our colleagues from the mother company are paid differently,” he claimed.

According to the aggrieved worker, whereas those who work for the mother company enjoy health and other benefits, the contract workers do not enjoy the same.

Divisional Police Commander, Chief Supt John Osei Bonsu said calm has returned to the town as they seek to solve the confusion between the company and its staff.

According to him, they have beefed up security as the situation is dire.

“Since we got back up, we have been able to control the situation and we hope there won’t be any further destruction. We have not made any arrest because for those who were demonstrating, they have not done anything that warrants an arrest.

“For most who carried out the destruction, most of them did it and fled but investigations are ongoing and hopefully, we will get them and make the face the law,” he said.

There is a scheduled meeting between the chiefs, elders as well as political and security agency heads to settle the impasse and forge ahead.