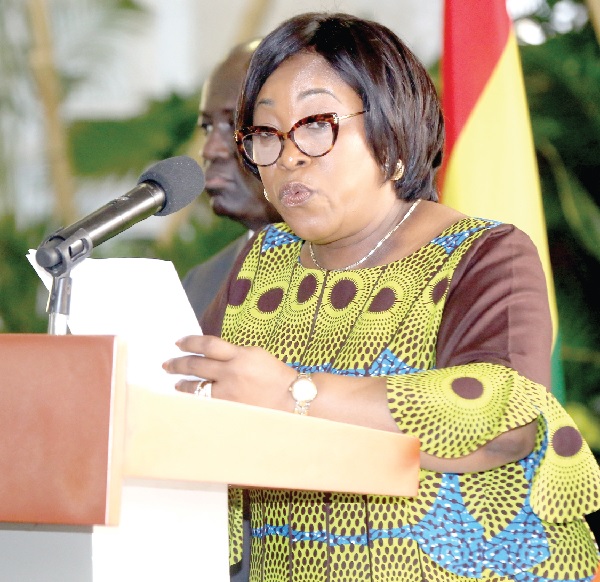 The country has assumed its membership of the United Nations (UN) Security Council.

In line with that, a flag raising ceremony was held at the UN to signify the official admission of Ghana and four other countries that were elected last June to start their tenure.

This will be the third time Ghana is holding a non-permanent seat on the council that leads the world organisation’s agenda on peace, the threat to it and security of member countries.

Ghana first served on the council in the 1960s with the most recent being the period between January 2006 to December 2007.

At a ceremony at the media stake-out area of the council, the flag of Ghana, as well as Gabon, Brazil, United Arab Emirates and Albania were hoisted.

With the admission of Ghana and Gabon, Africa now has three countries on the 15-member UN body, with Kenya having been on it since January 2021.

And in November 2022, Ghana is expected to preside over the council.

Ghana was represented at the event by its Permanent Representative to the UN, Mr Harold A Agyeman, who said the country was looking forward to promoting international peace and security to help achieve the Sustainable Development Goals (SDGs).

He said the country would also seek stronger and deeper collaboration and cooperation with the UN and regional bodies in a manner that enhanced complementality and also ensured effective coordination.

“Ghana formally takes her seat on the council, 15 years after we last served on this important UN organ. We are expectedly excited by the opportunity to make a bigger contribution to the maintenance of international peace and security.

“We are honoured by the confidence member states have reposed in us. In this regard, I convey on behalf of my Head of State, Nana Addo Dankwa Akufo-Addo, as well as my Minister of Foreign Affairs and Regional Integration, Madam Shirley Ayorkor Botchwey, our deepest appreciation once again to all member states,” Mr Agyeman added.

He, however, said, “we are under no illusion of the challenges we face in resolving the prevailing conflicts or the enduring nature of the emerging threats to international peace and security such as the violent extremism, the proliferation of terrorism, insurgencies, enhanced activities of transnational criminal organisations and the impact of climate change to security in some parts of our world”.

The 15-member security council is made up of 10 seats for temporary members and five permanent members made up of Russia, China, the USA, Britain and France — which hold the power of veto.

The council holds regular meetings to address threats to international peace and security and makes the ultimate decisions on resolutions to impose sanctions, authorise the use of military force and the launch of peacekeeping missions.

Some of the council’s priorities include hotspots such as Ethiopia and Afghanistan, as well as the long-standing Palestinian-Israeli conflict and Iran’s nuclear programme.