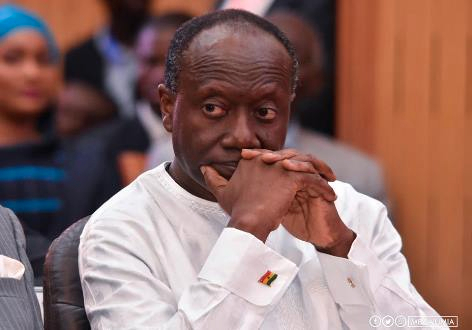 Ghana is among eleven countries labeled as at high risk of debt distress in Africa.

Ghana’s Public debt stock as at the end of 2018 stood at GH₵173.2 billion, according to the Summary of Economic and Financial data of the Bank of Ghana.

Five countries — Chad, Mozambique, South Sudan, Sudan and Zimbabwe — are in debt distress already compared with only Chad and The Gambia in 2017.

It explained that the increase in external debt accumulation raises concerns about debt sustainability in many African countries, especially as external debt stocks have risen much faster than economic growth owing.

The Commission stated that rising public debt in Africa has led to increased government spending on interest payments.

About a third of African countries had debt servicing costs of more than 10–15 % of exports in 2017 including Côte d’Ivoire, with $2.2 billion in external debt; Ghana, with $2.1 billion; and Kenya and Zambia, both with

Many African countries are now vulnerable

The Report, whose theme is “Fiscal policy for financing sustainable development in Africa”, said many African countries are now vulnerable as a result of the high levels, with an increasing number “at risk of debt distress.”

According to the report, public debt level on the continent in 2017 rose to 59.1 per cent of gross domestic product (GDP).

Deterioration in the finances of governments

The report warned that the deterioration in the finances of African governments and the squeeze on international financial liquidity threaten the fiscal balance and debt sustainability of those governments.

“Economic growth is vital for debt sustainability, which in turn is necessary for macroeconomic stability,” according to the ERA.

“An economy that grows faster than it accumulates debt creates fiscal space for policies designed to achieve sustainable development, “ it added.

It emphasized that African countries need to choose borrowing under more favourable conditions and rebalancing their fiscal policy framework to ensure better management of their debt.

The report also sees the wisdom in the countries financing their deficits in domestic currency markets by issuing financial obligations with the longest possible maturity.

This is because domestic currency debt has the advantage of being “hedged” by the government’s assets and income in the country’s currency as opposed to government assets in foreign currencies, which to a large extent consists of their foreign currency reserves.

The Commission urged African governments to finance their deficits in local currency markets by issuing financial obligations with the longest possible maturity.

Local currency—denominated debt—has the advantage that it is “hedged” by the government’s assets and income in that same currency, in contrast to government assets in foreign currencies, which consist overwhelmingly of their foreign currency reserves.

The rise in government debt and the vulnerability of fiscal policy in Africa have exposed governments on the margins of solvency to debt difficulties, such as arrears to the IMF and other difficulties servicing debt.

This year’s edition of the Report examines the institutional and policy reforms that can enable African countries to maximize domestic public resource mobilization to finance their development agenda, focusing on the role of fiscal policy.

It identifies several quick wins in Africa’s pursuit of additional fiscal space to finance achievement of the Sustainable Development Goals (SDGs) and the aspirations of Agenda 2063.