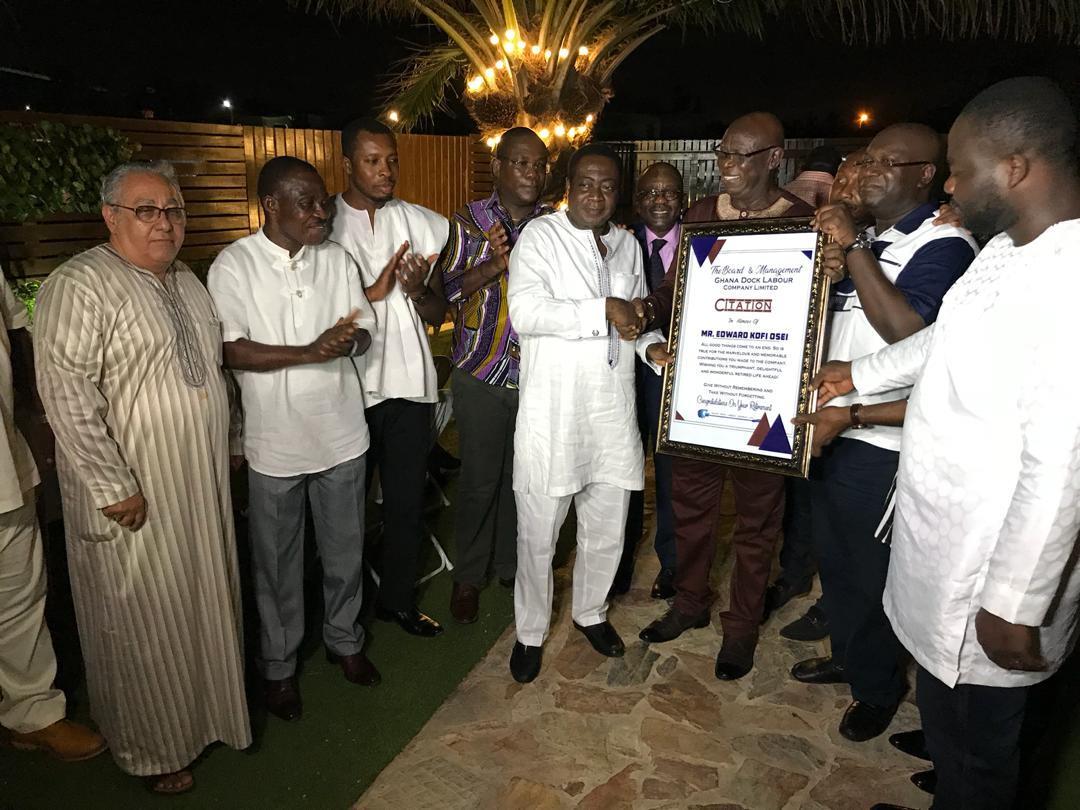 The Board and Management of the Ghana Dock Labour Company, have organised a farewell dinner for the outgone Director of the Port of Tema, Edward Osei who also served as the Board Chairman of the company.

Members of the board together with permanent and non-permanent staff of the Ghana Dock Labour Company, touted the leadership of Edward Osei as one that brought positive results to the company as he empowered employees.

Daniel Owusu Koranteng, the General Secretary of MDU described Edward Osei as someone who has left his footprint in the sand within the short time that he became the Board Chairman of GDLC.

“Nobody needs to convince anybody, you just go to the place and ask yourself what magic has happened now and that is the person we are honouring today,” he said.

The Board, Management, Permanent and Non-permanent staff of GDLC wished Edward Osei well in his next endeavour in a citation they presented to him.

He said he was proud to have contributed towards ensuring that the Tema Port became more efficient and safe to all port users.

“My vision really was to make sure that the port is efficient, safe, the best in Africa and above all the employees who toil there every day will have enough to feed their families and to feel dignified as human beings,” Edward Osei remarked.