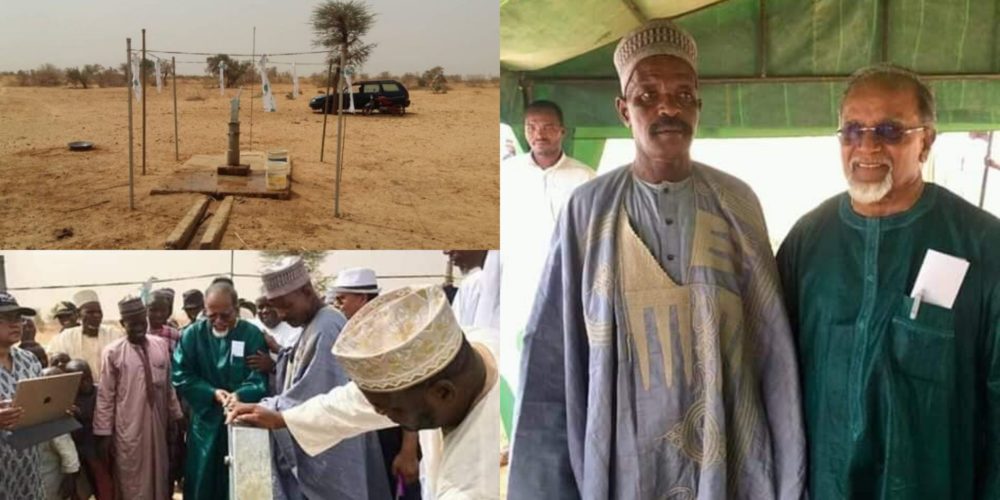 Its the dream of everyone to live in a lavish lifestyle owning houses, cars, and business, in fact, living a comfortable life. But a gateman who is a Fulani shocked his Indian boss after he rejected a house as a gift from him but requested that a borehole be built in his community.

The man Musa Usman, who hails from Giljimmi, a Fulani settlement in Birniwa Local Government Area of Jigawa State, lives with his family in a thatched house.

Usman, who has served his boss an Indian national, who is also the Managing Director of Jawa International Limited, a pharmaceutical company based in Lagos, was leaving his boss after 25 years of service, to join his family in the village.

His boss Mr. V. Verghese decided to reward Usman for his service and dedication for the past 25 years but got the shock of his life when he bluntly refused the offer.

Usman knowing the water situation in his village rather requested that a borehole rather be constructed in the community to save his people from walking for long hours before getting water.

Now the people in Usman’s community, who previously had to trek a long distance to fetch drinking water, are now relieved from the anguish of not only the long trek but also of drinking unclean water.

In his response, Usman thanked Mr. Verghese for the kind gesture, saying he had no regret rejecting the house offer.