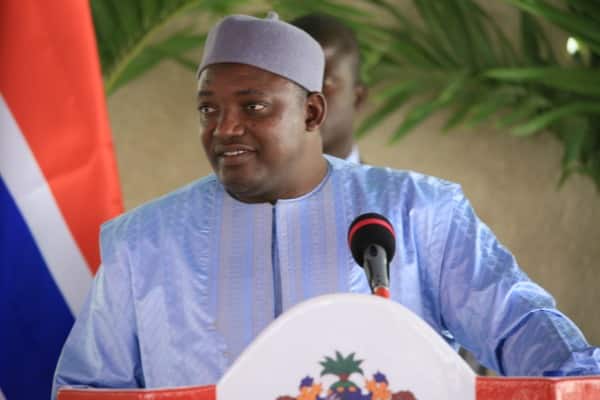 Gambian President Adama Barrow has in a latest reshuffle of his cabinet fired the Vice President Ousainou Darboe and two ministers, a statement by the presidency confirmed on Friday, March 15 2019.

This is the second major cabinet reshuffle by Barrow since 2017.

The Minister for Health Minister Dr. Isatou Touray has been appointed as the new vice president.

Mr. Touray will also oversee the Ministry of Health until further notice, the statement added.

The sacking followed months of tension between Barrow and his party since coming to power.

Meanwhile, Amadou Sanneh — former Minister of Trade, Regional Integration, Industry and Employment — has also been relieved of duty and Sanneh has been replaced by Lamin Jobe.

The president also sacked Minister of Agriculture Lamin N. Dibba. His ministry will be overseen by James Gomez, Gambia’s minister of fisheries and water resources.