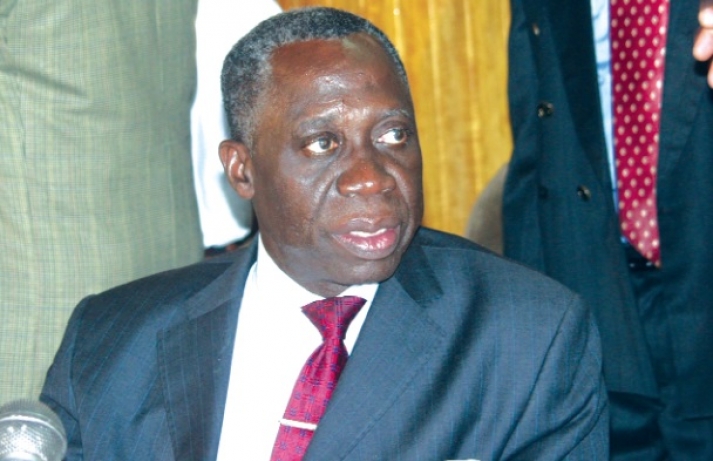 Mr Yaw Osafo-Maafo, Senior Minister at a recent town hall meeting in the U.S. justified the decision to truncate the prosecution of Aisha Huang, a Chinese national known for her exploits in illegal mining.

A participant at the meeting wanted to know why Aisha, popularly known as ‘Galamsey Queen’ was only deported after she was arrested by authorities.

The Senior Minister answering this question suggested that there are better things to talk about than the issue of the ‘Galamsey Queen’ and her deportation.

“So, when there are these kinds of arrangements, there are other things behind the scenes. Putting that lady (Aisha) in jail in Ghana is not going to solve your economic problems,” he said.

This response has however been described as a blow to the fight against galamsey. Some Political pundits and critics on social media have taken the Senior Minister to the cleaners especially as his government is still fighting illegal mining in the country.

“Messaging is so important. The message that comes from what the Senior Minister has said is a fatal blow to the fight against galamsey. It is very demotivating to everyone who is involved in this” the Media Coalition Against Illegal Mining said.

Meanwhile, the office of the Senior Minister has clarified what he said. A post on social media read:

“What he meant was that the matter of prosecution had been dealt by a court of competent jurisdiction and that Ghanaians should focus on the economic gains of the government and how best we can consolidate the gains. The Akufo-Addo’s government is highly committed to the fight against GALAMSEY to the extent of establishing an inter-ministerial committee to deal with the worrying situation.

“However, there are pertinent issues we should be looking at as a nation such as creation of employment for our teeming youth, industrialisation, infrastructural deficit, domestic revenue mobilisation, emphasis on technical not gramarian education and how to sustain funding for governments policies and programmes. These were the issues Senior Minister was emphasising instead of limiting the town hall meeting to the discussion of Aisha when the matter had been determined by the court. May God help us!”

The simple and straight forward message is that, how long should Ghanaians go on ranting and groaning on this issue of the Chinese woman who has been deported whiles there are huge economic challenges to deal with.. The government is working tirelessly to bring development to the people of Ghana and this issue must not drag us back.. This was the simple logic and explanation provided by the Senior Minister at the forum.. Sadly, some media outlets believe twisted news which they call “bad news” sells and so they latch on it, couch their own understanding and allow discerning minds to rain insults on great people in Ghana who have seen it all and pushed Ghana to the level we found ourselves now…

It took the Vice President, as Chair of the EMT, the Senior Minister as Vice Chair, the members of EMT, Ministers of State and others to work towards the growth rate, Ghana exiting from the IMF among other innovative ideas being executed under this regime.. Ghana needs to move forward and no past issues should drag us back.. Let’s say no twisted media commentary and move forward as a nation. Development of Ghana is key on the agenda of the President, the Vice President, and the Senior Minister is in full support and working towards that agenda.. May God help our Homeland Ghana.. Happy Easter to all..