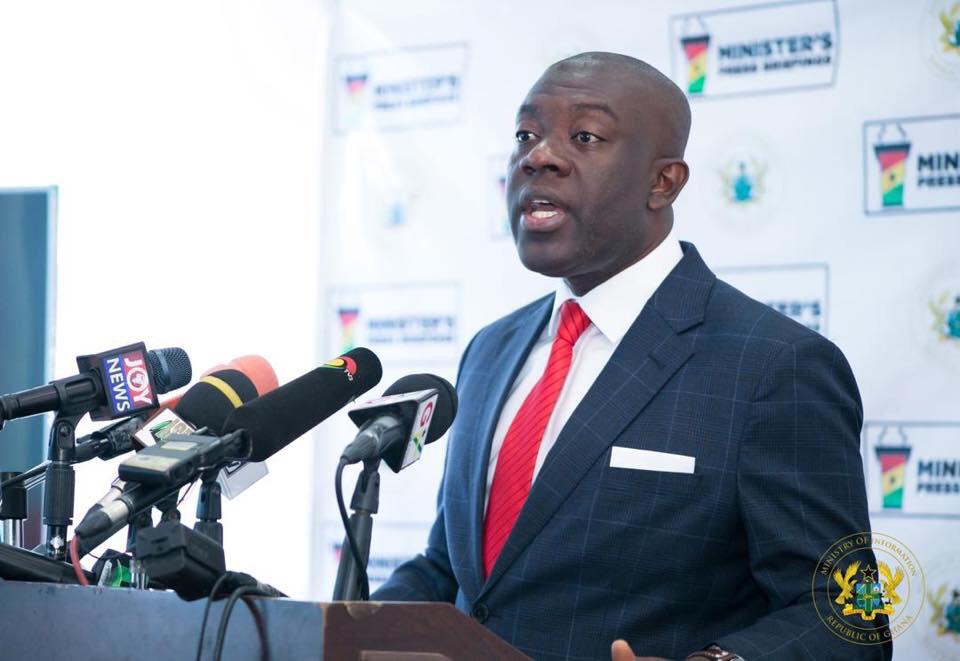 The Minister for Information, Kojo Oppong Nkrumah has clarified that government has not requested for the raw unedited version of the latest video by Anas Aremeyaw Anas and his Tiger Eye PI team dubbed galamsey Fraud.

According to the Minister who made the clarification via a text message to the host of Accra based Joy Fm’s Newsfile Programme Samson Lardy Anyenini, the media misreported the story and that government has not made any such demand.

Reports have been awash on various media outlets, both on mainstream and social media about the fact that government has requested to be furnished with the raw unedited video footage which captures some government appointees compromising their positions in roles that mandates them to fight corruption in the Mining sector.

But the information Minister opined that ‘’government welcomes any effort aimed at assisting the state to win the fight against corruption, especially in this galamsey thing. Government has not requested for the raw tapes of the Anas video. Government has also not said it will by itself investigate the matter’’.

Mr. Oppong Nkrumah who also doubles as the Member of Parliament for the Ofoase Ayirebi Constituency noted that what he said was that ‘’government will have the tapes investigated’’.