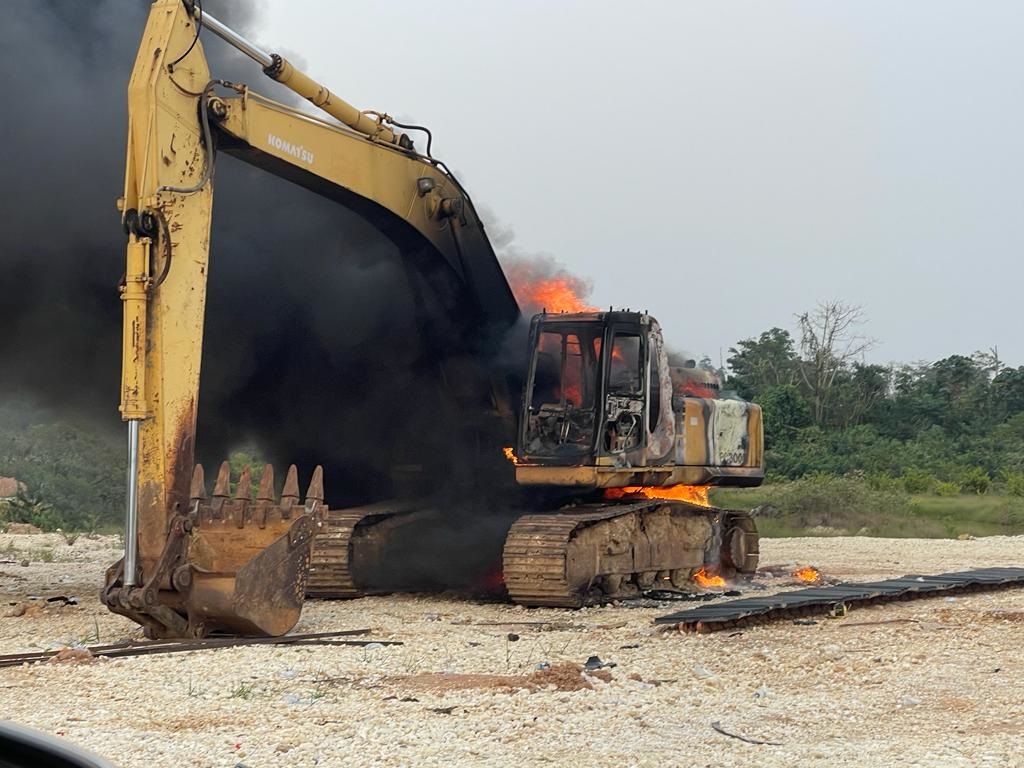 The Forestry Commission (FC) has burnt some mining equipment seized from illegal miners operating within forest reserves in the Ashanti Region.

The mining equipment were seized at the Bunusu portion of the Oda River Forest Reserve and the Koboro-Odaho portions of the Apamprama Forest Reserves, both in the Bekwai Forest District.

These followed an operation by staff of the Bekwai Forest District of the Ashanti Regional Forest Services Division (FSD) of the commission, with support from the rapid response team of the commission.

The Regional Manager of FSD, Ashanti Region, Clement Omari, explained in an interview that the exercise formed part of the war the FC was waging against illegal mining in the nation’s forest reserves.

He said staff of the FSD were on their normal patrol duties in the two forest reserves when they discovered the excavators operating in the reserves.

No arrests have been made yet, while no one has also come forward yet to claim ownership of the equipment.

The Oda River Forest Reserve is one of the prime production forest reserves in the Ashanti Region for timber production.

Both the Oda River and Apamprama Forest Reserves serve as watersheds for the Oda River, which is one of the major rivers in Ghana.

It is home to a wide variety of biodiversity and serves as a source of drinking water to communities downstream, including the Obuasi Municipality.