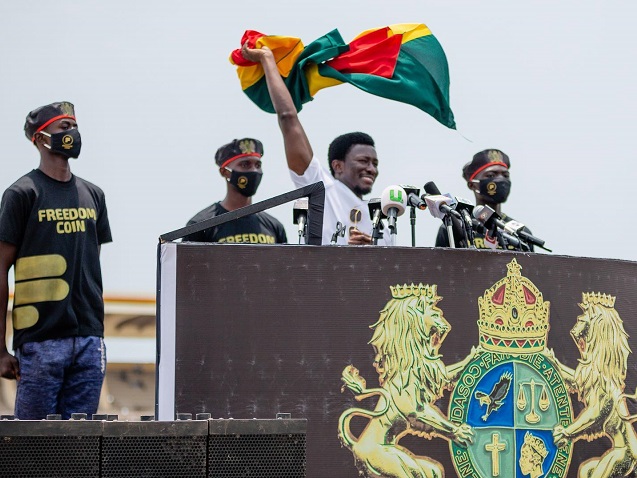 Ghanaian businessman, Nana Kwame Bediako, also called Freedom Jacob Caesar, who says his biggest dream is to lead Ghanaian youth out of poverty into financial freedom, has a repost for the Bank of Ghana.

Jacob Caesar says the central bank needs to worry more about the falling value of the Ghana cedi than worry about his proposed native coin that he says will liberate the youth from poverty.

He had on March 6, 2022, the occasion of Ghana’s 65th Independence Anniversary, hinted of plans to launch a “Freedom Coin” soon with which he intends to liberate the youth from poverty.

On Wednesday, March 9, 2022 however, the Bank of Ghana issued notices counseling the public against trading in cryptocurrencies of any form since such activities are not approved or regulated in Ghana.

On Thursday morning however, Freedom Jacob Caesar had his own counsel for the central bank, which he delivered via a tweet.

“Good morning. Ghana our cedi is depreciating almost 8 cedis to a dollar. I think the Bank of Ghana has more to worry about than a Freedom coin that’s not even launched.”

The tweet has since been retweeted by hundreds, with thousands also liking it.