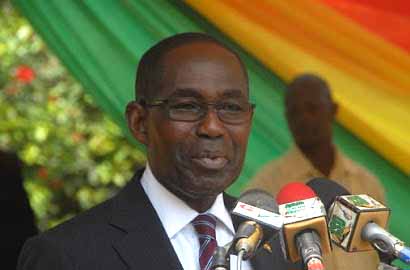 Family sources say the former High Commissioner to South Africa and ex-Member of Parliament (MP) for Jomoro passed on shortly before midnight Thursday February 21,2019 at his residence in Accra.

A National Democratic Congress (NDC) stalwart, Mr Ocran was said to have battled with ill health in the days leading to his passing away.

Lee Ocran served as Minister for Education of Ghana from 2012 to 2013. Ocran was appointed Minister by President John Atta Mills in February 2012 in a cabinet reshuffle following the resignation of Betty Mould-Iddrisu from the government and the sacking of Martin Amidu.

In 2000 he was Deputy Minister of Environment Science and Technology. Since January 2005 as candidate from the National Democratic Congress, he was Member of Parliament for the Jomoro Constituency until he lost his seat to the daughter of Kwame Nkrumah, Samia Nkrumah of the Convention People’s Party in the December 2008 parliamentary election.

In February 2014, Ocran was sworn in as board chairman of the Volta River Authority. On May 13, 2015 he described the Bui Dam as a White Elephant (extravagant but burdensome gift).