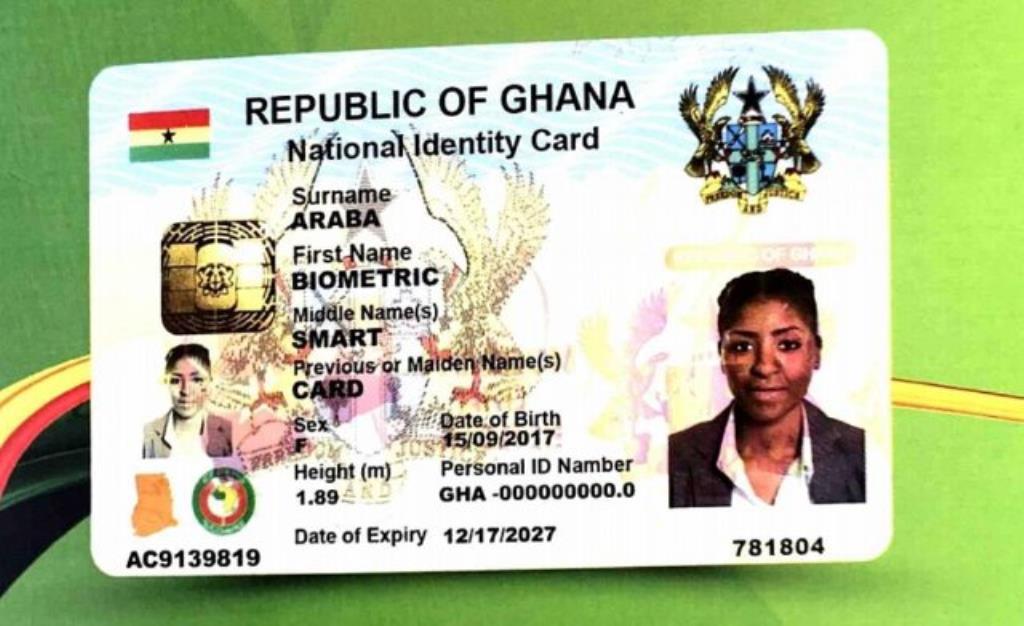 The National Identification Authority (NIA) has refuted claims that the Authority has unlawfully issued Ghana cards to some foreign nationals, specifically to a Chinese national.

This follows a video circulating on social media suggesting that the possession of a Ghana card by a Chinese was unlawful.

In a statement issued and signed by Mr Francis Palmdeti, the Head of Corporate Affairs, and copied to the Ghana News Agency (GNA) in Accra, the Authority said issuance of Ghana Card to resident foreigners in Ghana was backed by law.

It said a Chinese or other foreign nationals may lawfully possess a Ghana card as contained in Section 2 (2) of NIA Act 2006, Act 707, and Section 7 of National Identity Register Act 2008, Act 750.

“By virtue of these legal provisions NIA is mandated to register and issue Ghana cards not only to Ghanaians living in Ghana and abroad but also to foreigners legally resident in Ghana.

“The NIA has since 2012 been issuing Ghana cards to qualified foreigners who have lived in the country for a cumulative period of 90 days and above as per the National Identity Register Regulations LI 2111 (2012),” it stated.

Touching on some key features, the statement said the cards issued to Ghanaians had both ECOWAS Identity boldly printed with ECOWAS and the Ghana flag at the top left and right corners respectively.

But the card issued to foreigners had boldly printed on its face in red “NON CITIZEN” and it was marked same in the National Identity Register (database).

Although the law prescribes that the National Identity Card issued by NIA should be known as the Ghana card, it said this name was, however, not printed on the face of the cards issued to either Ghanaians or to foreigners.

Thus, a Ghanaian or a foreigner may lawfully possess the Ghana card as long as he or she had complied with the respective registration requirements.

Eligible foreigners paid a fee of 120 dollars to register and acquire the Ghana card and 60 dollars for renewal.