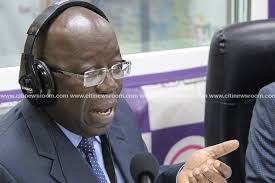 The Trades Union Congress (TUC) and Social Security and National Insurance Trust (SSNIT) are in a brawl over the computation of the benefits of pensioners.

According to TUC, the computation is inaccurate because it misinterprets the Pensions Law, resulting in low pensions, a situation that has rendered pensioners worse off and in unstable financial condition.

The difference between the application and non-application of annuity on lump sum equals 41.9%, according to the workers’ union.

TUC said an eight-member committee it set up to look into the current Pension Scheme, in its report, identified gaps in the computation of pension benefits by SSNIT for its contributors.

However, SSNIT has rejected the accusation, saying it computes benefits accurately in accordance with (PNDCL 247, Act 766 and Act 883) and on sound financial and actuarial principles and practices.

The report faulted SSNIT for “wrong interpretation of what constitutes annual salary (36 months), early retirement reduction factor and annuity factor on lump sum,” describing it as “strange to the PNDC Law 247 and must be scrapped”.

The report further noted that “the SSNIT Pension is low because SSNIT has misinterpreted the Pension Law, which has resulted in low payment of pensions, thus making the contributors worse off”.

A member of the committee set up TUC, Mr Joseph King Adu said they found reason to debunk perceptions that low salaries of workers who contributed to SSNIT accounted for the paltry allowances and lump sums pensioners received.

“The committee believes that it is a wrong perception. SSNIT has trumpeted this perception over the years to make people to believe that only low salaries are the cause of low pension annuity.

“The committee believes that, rather, it is because of SSNIT’s misapplication and misinterpretation of the law to the disadvantage of members,” he stated.

The committee is of the view that SSNIT is not applying the law governing the pension scheme, and appealed to the National Pensions Regulatory Authority (NPRA) to compel SSNIT to compute pensions strictly based on the law and nothing else.

It argued that SSNIT has not been able to produce the legal basis for the definition of annual salary, early retirement reduction factor and annuity deduction. They only claim it is actuarial principles.

SSNIT has argued that its way of declaring the annual salary (using the best of the last three years or 36 months) was favourable to the contributor, but the committee thought otherwise; it was wrong.

Touching on the annuity, the monthly pension allowances paid to contributors, the TUC report stated that the annuity of lump sum applied to deceased benefits and not retired benefits.

A member may exercise the option for a part lump sum payment of 25 per cent of his pension and a reduced pension based on the average annual salary for the three best years of a member during his working life.

Reacting to the TUC report, the management of SSNIT, in a statement issued by its Corporate Affairs Department, said: “SSNIT has not changed the mode of computation of benefits since these laws came into effect.

The management of SSNIT, the statement said, had since last year been engaging Organised Labour on the matters raised in relation to the computations of benefits.

The issues in reference, it said, had been referred to the NPRA by both SSNIT and Organised Labour for its review and directives.

“SSNIT awaits the pronouncements of the NPRA on these issues and would be guided by the regulator’s directives.

“We take this opportunity to assure all SSNIT contributors and pensioners that their contributions and pensions are safe and their benefits are calculated in accordance with the law”.