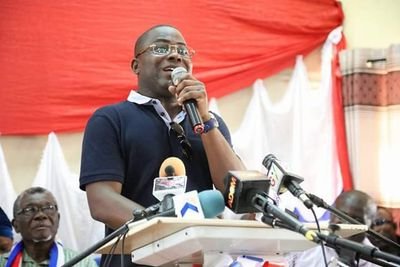 Government has taken the fight against illegal mining popularly known as galamsey in local parlance, a notch higher by introducing a new software dubbed #Galamstop which will be responsible for tracking illegal mining concessions across the country.

Secretary to the inter-ministerial committee on illegal and small scale mining, Charles Bissue says the new software is fitted with the license application process, the various concessions, the number of excavators as well as the number of miners at the various mining sites.

According to Mr. Bissue, the committee has trained 300 of the Nation Builders Corps (NABCO) graduates on the use of the new software and the drones, adding that they will be deployed to the various concessions across the country to embark on the exercise.

Mr. Bissue once again reiterated government’s commitment at stamping out illegal mining and streamlining the operations of small scale miners to ensure that the country becomes the ultimate beneficiary of the natural resources of the country.

A senior lecturer at the University of Mines and Technology, Dr. Naa Dedei Tagoe who was part of those who trained the NABCO recruits on how to handle the drones said the drones are equipped with cameras which can take both pictures and videos, explaining that where an illegal miner is accosted and the fellow denies, the pictures and videos can be used as evidence in court during prosecution.

‘’The drones have cameras fitted beneath them and these cameras can capture pictures and videos as well. So the action of the galamseyers who will be caught will be documented and used in court as evidence during prosecution. So the use of drones coming in as one of the major technologies in the fight against galamsey is a big plus’’ she averred.