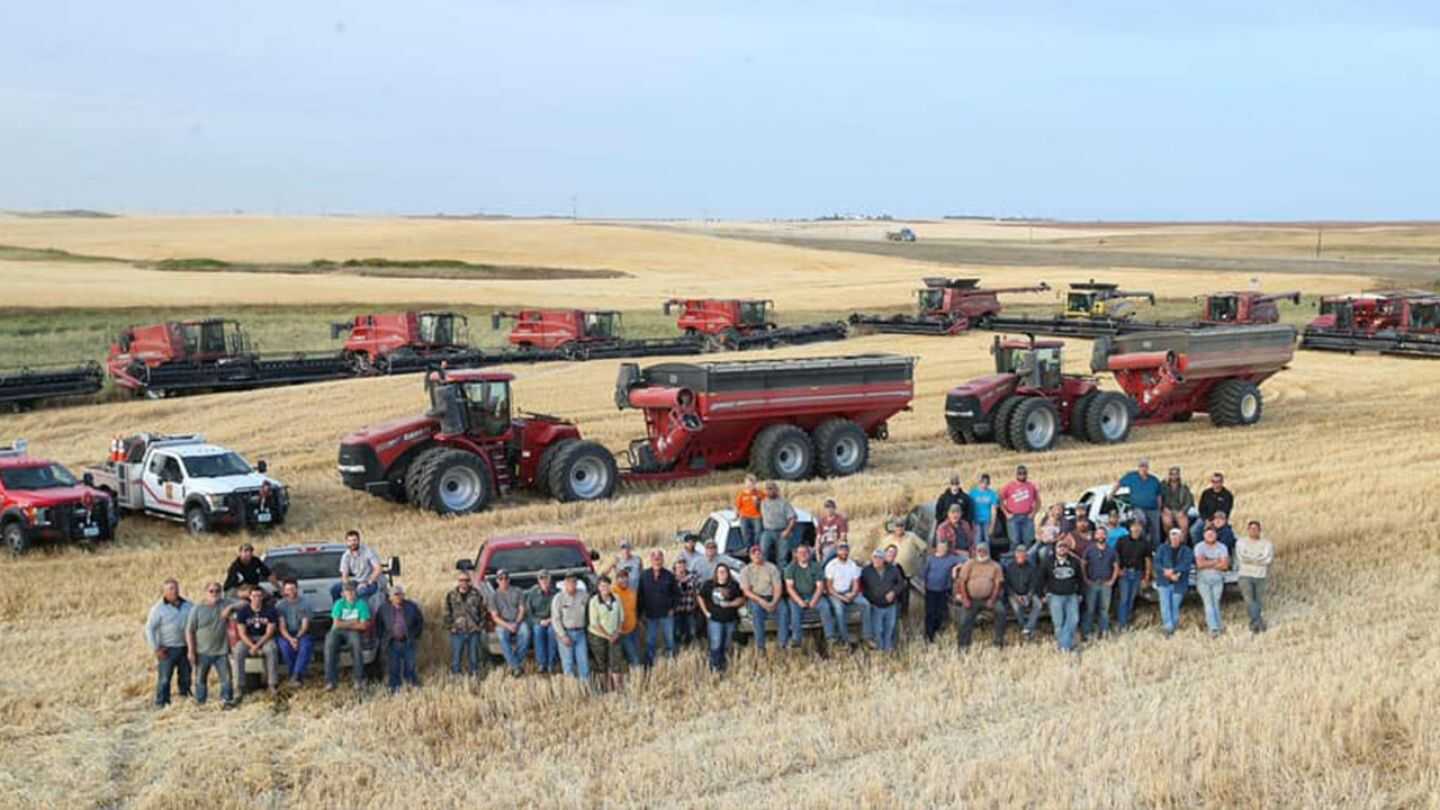 A farming community in North Dakota has rallied together to support a neighbor who recently suffered a heart attack by harvesting the man’s crops, and fundraising for his road to recovery.

Lane Unhjem was working on his farm near Crosby two weeks ago when his combine caught fire and he went into cardiac arrest while fighting the flames, KFYR reported. The 57-year-old man has since been transferred from a hospital in Crosby to Minot and then Minneapolis, where he remains in the ICU, friend Don Anderson told FOX Business on Monday.

As it would have been a devastating loss for the Unhjem family’s farmstead to go unharvested following the Sept. 9 accident, a group of local farmers gathered together to get the job done with a “Harvest Bee.”

According to Anderson, 60 farmers came together with 11 combines, 11 semi-trucks with trailers, and several grain carts with tractors, harvesting approximately 15,000 bushels of canola and 35,000 bushels of durum across 1,000 acres in about seven hours on Sept 12.

The effort was organized by family friend Jenna Binde, who said that helping out the family was simply the right thing to do.

“Everybody knows the Unhjems, and they’re good people and good in the community, and just kind of the farming way of life, too,” Binde told KFYR. “You help your neighbor out when they need it, and don’t expect anything in return.”

All the family’s crops have since been harvested, Anderson said, but the tight-knit community of 1,000 didn’t stop there. Because Unhjem is also a rancher with cows and horses, a crew of 19 area ranchers hauled 714 large round bales on Sept. 19 to make life easier on the farm.

One week later, on Sept. 26, friends held a pancake breakfast and silent auction at the Crosby Moose Lodge to benefit Unhjem, raising over $19,000, Anderson said. A GoFundMe page to help cover the man’s medical bills has also raised $5,600.

But that’s not all, Anderson said. Some ladies in the area went above and beyond to ensure that Unhjem’s family would be well-fed during this difficult time.

“Another neat thing was that area farmers’ wives got together and made a months’ worth of meals and filled a freezer for them, also so when they return home they won’t have to cook!” he revealed.

Unhjem is currently on dialysis, with a “long recovery” ahead, Anderson said. But until he’s home, the Crosby community will be going all-out to lend a helping hand.

“The outpouring of support for Lane and his family is not surprising for those of us who live here. We have a long history of helping people in our community when they are faced with tragedy or hardship,” Anderson explained. “We strongly believe in faith, family and the Golden Rule.”

The friend shared the story and photos of the farming feat on social media, in a Facebook post that has since gone viral with over 5,000 likes and 3,000 shares.

Anderson said he was shocked by the overnight hype, and the public reaction it has received.

“For whatever reason, the story and photos struck a chord with Facebookers,” he said. “I’ve received comments and messages from India, Germany, South Africa, Australia, Canada, Netherlands and many other countries, as well as 30 or so states.”

Anderson added that farming is not just a job, but a lifestyle, “and living in a farming community makes us all part of each other’s life.”

“We work hard, play hard, and basically live an American dream,” he said of the Crosby community. “When friends band together to help you when you’re down, that’s something money can’t buy.”