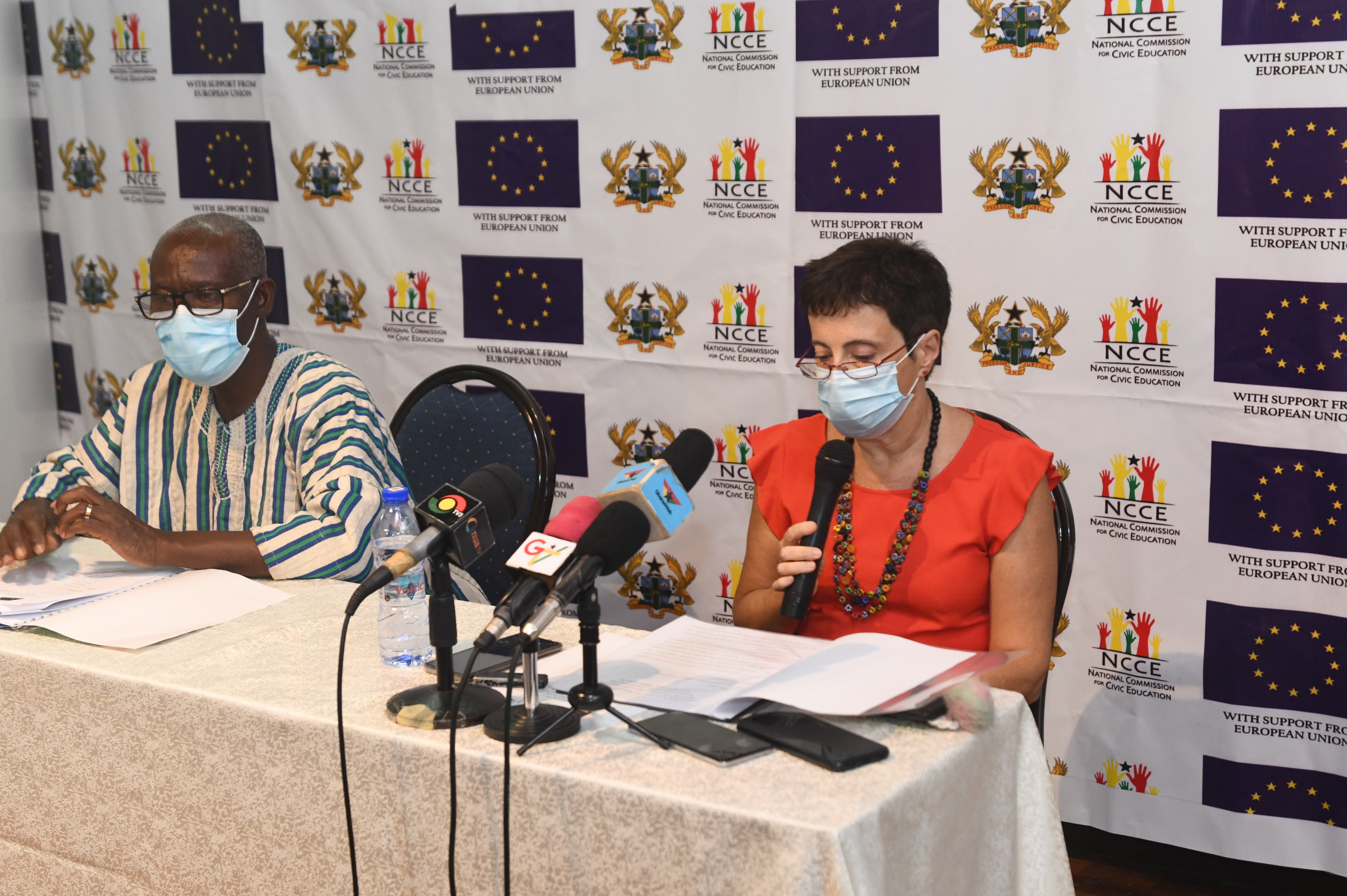 The European Union (EU) has provided the National Commission for Civic Education (NCCE) a grant of €1 million to bolster the commission’s efforts at sensitising the public to their civic responsibilities and also ensure peaceful elections in December.

The awareness creation exercise, which will include education against violence and the activities of extremist groups, especially in the five regions of the north, will span a period of 18 months.

The money will also be used to resolve some logistical challenges facing the NCCE to facilitate its work.

The support forms part of the EU’s Northern Border Regions of Ghana (NorPrevSec) programme aimed at preventing electoral violence in the subregion.

At the launch of the programme in Accra yesterday, the Deputy Chairman of the NCCE, Mr Samuel Asare Akuamoah, expressed concern over the fact that Ghana was surrounded by neighbours with extremist groups whose activities were destabilising the subregion.

He, therefore, underscored the need for awareness creation on threats such groups posed to peace and stability in the country.

He said with elections being held in some countries in West Africa this year, including Ghana, “we have to stand up and watch with an eagle eye in order that we protect our country from any of these violent groups”.

“We know extreme violence will not happen, but we do not want to be complacent because it has happened elsewhere,” he added.

Mr Akuamoah further appealed to all, including civil society organisations and relevant institutions, such as the security agencies, to join hands with the NCCE to implement the project.

He assured the EU of the NCCE’s commitment to put the funds to good use to achieve positive outcomes.

The Head of the EU Delegation to Ghana, Ms Diana Acconcia, said violent extremism, as well as political and ideological radicalism, was one of the significant global problems facing many countries today.

“It is gravely undermining international peace and security. There is probably no corner of the globe untouched by the rise of violent extremism. It is also an increasing concern to the regional security agenda in West Africa and the Sahel,” she said.

She said it was against such activities that the EU had been supporting its partner countries in their effort to prevent and counter the phenomenon around the world.

“An effective response is achievable when we look beyond simple military solutions and adopt a more holistic approach,” she added.