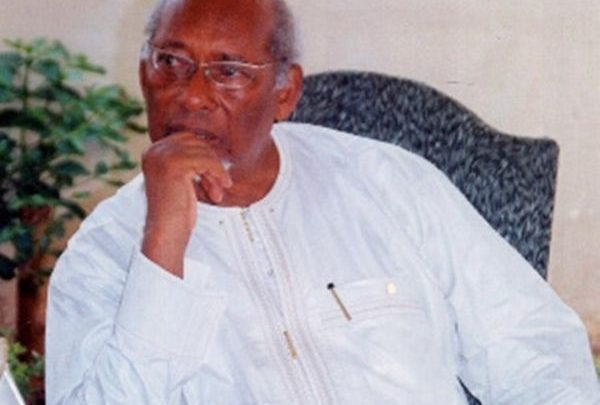 One of Ghana’s veteran engineers, who was behind several national projects, Hajj Adam Babah-Alargi, has been accorded his final respects in a well-attended funeral ceremony officiated by the National Chief Imam Sheikh Osmanu Nuhu Sharubutu.

Born on Chrismas Day in 1927 to Muslim parents, Adam undertook his studies in Structural Engineering at Hammersmith College in England.

He joined BoltenHennesy and Partners in 1958 at the time the company was handling projects in the Gold Coast, specifically, university projects at the Kwame Nkrumah University of Science and Technology.

During his time at the firm, Hajj handled some projects that were undertaken at the Kwame Nkrumah University of Science and Technology. These included The Vice Chancellor’s Residence, School of Architecture (Phases I & II), Pharmacy Block, Halls of Residence (i.e. Queen Elizabeth’s Hall, which was commissioned by the Queen during her visit to Ghana in 1961).

In 1960 the biggest foreign consulting firm in Ghana, OVE Aropp & Partners engaged Hajj as a Director where most of his subordinates where foreigners.

The first project he oversaw was the erection of the Presidential stand at the Black Star Square, which needed to be ready for the Queen’s visit.

Hajj worked on the Korle-bu Hospital project from 1961 – 1964 as the only Ghanaian engineer on that project. The project covered the building of the Surgical, Maternity, and Children’s wards among others.

In 1965, the then Head of State of Ghana President Dr. Kwame Nkrumah, engaged Adam Hajj Babah – Alargi to reconstruct the Presidential stand at the Black Star Square after observing that the stand was too high.

Dr Nkrumah was, however, unable to use the stand for his birthday, and another anniversary as he was overthrown when the project was ready in early 1966. in early 1966. A year later, Hajj Adam set up his own consultancy firm, BAB Consultancy – the first consultancy by a Ghanaian in his field.

Hajj handled a few projects and became a consultant for the Bank of Ghana, National Investment Bank, and Messrs SKOA. In 1987, he retired and handed the business over to his staff.

Hajj’s religious life brought him into contact with prominent clerics in the Islamic faith as he together with Sheik Osman Nuhu Shaributu, the National Chief Imam and Sheik I. C. Quay, a former Minister, were on that infamous 1989 pilgrimage to Mecca when all flights were grounded because of a coup d’état in Sudan.

Alhaji Bawumia, the father of Ghana’s current Vice President, Muhamadu Bawumia, who was then Ghana’s Ambassador to Saudi Arabia was moved to meet the pilgrims who had transitted in Libya and an Island in Egypt before finally landing in Jeddah.

Adam together with ten others – an Indian, two Ghanaians, and 6 Europeans – started the Rotary Club of Accra-West.