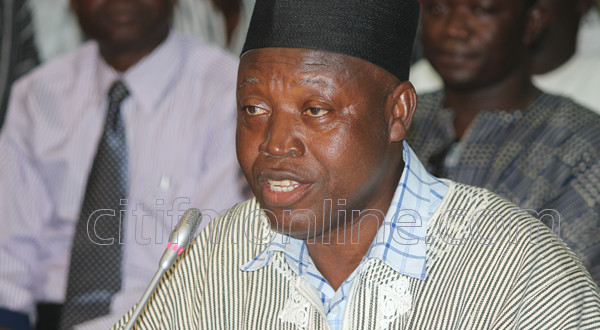 Acting Director of elections for the opposition National Democratic Congress (NDC), Bede Ziedeng has conceded that elections are truly and indeed won at the polling stations and not at any other level of the electoral process on election day.

According to him, the NDC failed to collate its results from the polling stations across the country and that it was rather at the constituency level that the party did its collation of the 2016 election results.

According to Mr. Ziedeng who himself was a parliamentary candidate for the Lawra constituency in the Upper West Region, the party also collated its results manually and that an attempt to set up an electronic results collation system, saw the system crash.

According to him, the rising tension in the party and the sudden blame game is a well-orchestrated propaganda by some opponents of Mr. Ofosu Ampofo in order to derail his chances of winning the election.

‘’We did our best in the 2016 elections and want the party members and supporters to know that we are very much alive to our mandate at the elections directorate of the party. In any case, no body collates results and come and put in the public domain. It is unprofessional.’’ He argued.

Mr. Ziedeng’s assertions has been buttressed by the party’s national organizer and 2016 campaign coordinator, Kofi Adams who said ‘’if someone has an infrastructure in which his results are taken directly from the polling station, his results will come faster than the system we relied upon. Indeed at the party headquarters in the conference room 2, that was where the elections directorate set up the platform to collate results from the regions and constituencies and every region had its identifiable and coded laptop which will receive the results into the system and I was there and I saw it. So if anybody says the elections directorate did not put in place any infrastructure for collation of results, it is absolutely false’’