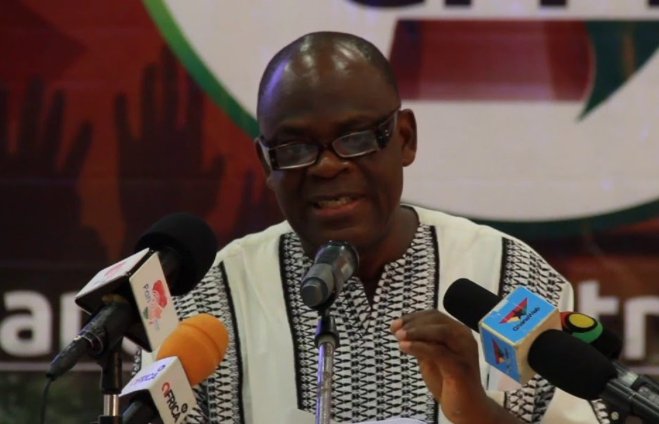 Senior Research Fellow and lecturer at the Legon Centre for International Affairs and Diplomacy, Dr Ken Ahorsu, has opined that, it is not advisable for ECOWAS to issue sanctions against Guinea due to the recent coup.

According to him, because President Alpha Conde did not play by the rules, he cannot be seen as a legitimate ruler, hence ECOWAS will be viewed as a bully and be put in a bad light, should they go about issuing sanctions.

Speaking on Joy FM’s Top Story on Wednesday, Dr Ahorsu said, “I personally don’t believe that issuing sanctions is the way to go, I think given the circumstance the best thing to do is to condemn the intervention or the coup d’etat and ask the regime to give time and conditions under which they will transition to democratic rule, without imposing sanctions.”

“Now, it is no more the Military regime in Guinea which is under trial, who is under trial now is ECOWAS, and its shortcomings are before the people. So how ECOWAS handles itself will either redeem the legitimacy and confidence African people need or it will just be seen as a bully without legitimacy.”

His comment comes after ECOWAS scheduled a virtual emergency meeting on Wednesday, September 8, to discuss the happenings in Guinea.

Although the meeting chaired by President Akufo-Addo (Ghana) ended earlier, ECOWAS did not immediately release a statement on the decision they have taken to restore Guinea to constitutional rule.

Meanwhile, there are rumours that ECOWAS is likely to place some sanctions on Guinea, including the closure of neighbouring borders and demand an immediate return to civilian rule.

However, Dr Ahorsu does not believe ECOWAS will impose the sanctions, especially following news of arrest without trial among others in Guinea during President Alpha Conde’s rule.

“This is what we are hearing, hundreds of people have been imprisoned by him, some of them 10 months without trial. These are people who have families, they are people who have health issues and that sort of thing. Becoming a head of state is not an authority to behave anyhow with impunity,” he said.

Dr Ahorsu said that looking back at events in Guinea, especially when the President enacted a new constitution, so he could run for a third term.

“For goodness sake, after 83 years, what else do you have for the Guinea people that you should just imprison political opponents without any form of trial?”

Meanwhile, Guinean activist Mohamed Djala Jalloh has said that the citizens of Guinea do not believe in the sub-regional body ECOWAS.

According to him, this is because the 15-member regional political and economic union, watched on, while President Alpha Conde ruled the country in ways that defied the Constitution and their democracy.

Also speaking on Top Story, Mr Jalloh said, “the population does not have any belief towards ECOWAS, because of what so far has been going on the ground for over a year now since Alpha Conde got power during this third mandate here. People don’t believe in the ECOWAS and the way they are doing their things.”