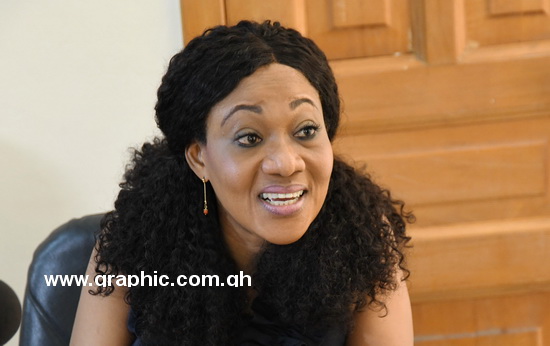 The report of the Auditor-General on Special Audits carried out on selected state institutions in the year 2018 has made a shocking revelation that the Electoral Commission (EC) has sold the data of voters to a private company for money.

The private company, Bysystem Limited, subsequently, sold the electoral data to financial service providers for a fee, the report said.

This revelation by the Auditor-General raises concern about possible breaches of the privacy of Ghanaians who gave their data to the EC.

The official told The Finder that they will get a copy of the Auditor-General’s report to read in order to make a determination.

According to the Auditor-General’s report, auditors discovered that Bysystem Limited entered into an agreement with management of the Electoral Commission to have access to electoral data for the company to subsequently provide the electoral data to financial service providers for a fee.

Bysystem Limited to pay 20% of fees to EC

The audit revealed that Bysystem Limited was to pay 20% of the fees collected on quarterly basis to the Electoral Commission.

However, the Auditor-General said management could not provide the Service Level Agreement between the Electoral Commission and Bysystem Ltd for review.

The audit report further noted that Bysystem Limited failed to remit the 20% commission due the Electoral Commission for the 2016 and 2017 financial years.

According to the report, the inability to review the principal terms and conditions contained in the contract made it difficult to assure that all the terms have been adhered to.

In response to the adverse findings, management of EC stated that, “There exists a Memorandum of Understanding (MoU) signed between the commission and Bysystem Limited.”

EC claimed it suspended MoU in 2016

The commission claimed that it suspended the MoU in the third quarter of 2016.

According to the EC, prior to the suspension, the vendor had made a payment for the first and second quarters in 2016.

It promised to review the existing service agreement in line with Public Procurement Law.

MoU does not constitute a Service Level Agreement – A-G

However, the Auditor-General, after reviewing the MoU, said it does not constitute a Service Level Agreement.

Basis of 20% commission not in MoU

The report revealed that the basis of the 20% commission is not stated in the MoU.

No evidence MoU was suspended – A-G

Also, the Auditor-General said there was no evidence of the suspension of the MoU as stated by management in their response.

Consequently, the Auditor-General recommended that management should make available the contract agreement on the arrangement, if any, and recover all outstanding commission due the Electoral Commission within 30 days from the receipt of the management letter.

It warned that failure to do so means the contract shall be abrogated and the approving and authorising officers surcharged.